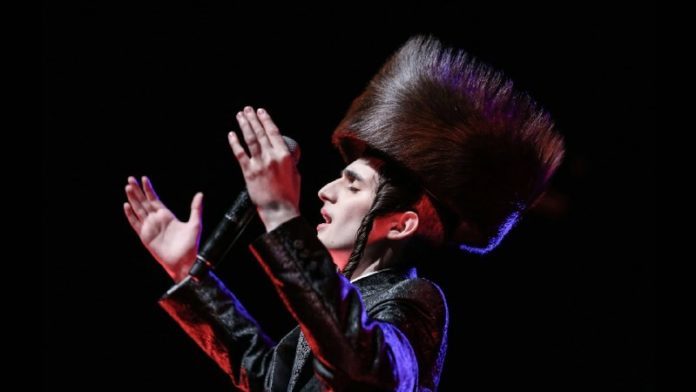 Following a week of drama, the court has ruled, and the planned concert in Afula will be taking place tonight – with separate seating. The ruling was a blow to the Women’s Lobby group.

The Nazareth District Court rules it the petition filed by the Shas party, calling on the court to reverse its previous decision regarding the Moti Steinmetz separate-seating concert in Afula, which is scheduled to take place in a few short hours, at 8:00PM.

In its earlier ruling, the court backed the decision of Afula City Hall, stating the city acted legally and reasonably by reaching a decision in the mater, and the court is not going to interfere in the matter. This many thought was the final blow that would lead to the cancelation of the concert in Afula. However, Deri and his Shas party led the charge to try to prevent the cancelation of the bein hazmanim concert.

The judge reportedly reprimanded the women’s rights groups and told them “You think you are doing a favor for women? You are doing the opposite to the thousands of Charieid women who wanted to watch this concert according to their traditions. You did them a disservice.”

“Common sense prevailed in court today. We struggled and we were successful in ensuring that every person could live by his faith and way of life, and without coercion. We are proud and delighted that we have led the way towards achdus and life together accompanied by mutual consideration among all communities and not on the cheshbon of the various communities.

“Once again, Shas has proven it is the only one fighting on the social front throughout the entire process, with the aim of ensuring that every sector in Israeli society maintains its way of life without imposing other values on it. Shas thanks the many thousands in the Israeli public; chareidim, traditional and secular, whom have expressed their broad support for this just social struggle.

“This evening’s event in Afula is one among hundreds of events for all populations that take place during the summer, initiated by the Ministry of the Development of the Negev & the Galil headed by Minister Aryeh Deri. Shas will continue its extensive social efforts with a focus on affirmative action for disadvantaged populations and the promotion of the ‘Living with Dignity’ program for minimum wage earners and neighborhood residents”.

Deri is planning to be at the Afula performance tonight at 8:00PM, as his aides explained he played a big role in the initiative.

Earlier on Wednesday, Attorney General Avichai Mandelblit submitted his brief pertaining to the decision of the Nazareth court regarding the planned chareidi concert in an Afula park, with separate seating. The court ruled the city’s decision banning a separate seating event will not be reversed. The city ruled separate seating is illegal because it is discriminatory.

The Shas party submitted a petition challenging the court, seeking to compel the city to permit the separate seating concert. Mandelblit submitted his opinion and feels that there is no room for his involvement as the city’s decision in the case was a reasonable one. Mandelblit added that in principle, there may be special circumstances in which a local authority can hold a separate seating event for the chareidi tzibur, but this does not have to be decided now in light of the city’s decision.

It was also clarified the Attorney General intends to require as a rule, as soon as possible, the legal standards and special circumstances by which holding separate seating events for chareidim will be permitted.