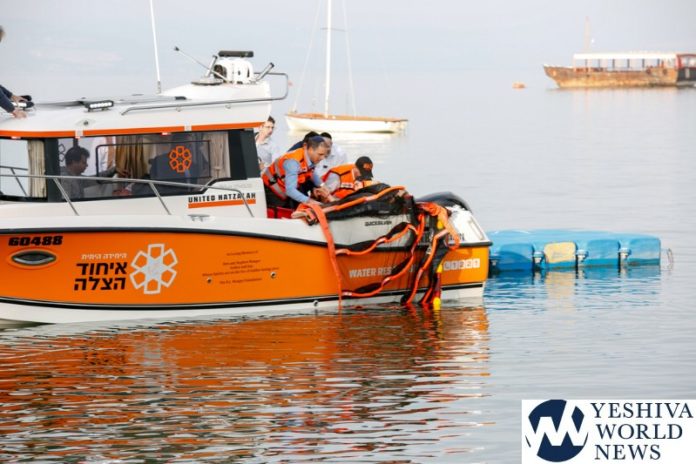 The maritime police who patrol the water were dispatched to the scene as was United Hatzalah’s Ambuboat. The ambuboat and its team of volunteer EMTs treated the young women at the scene for their injuries and stabilized their conditions while heading back to dock. The ambuboat was then met by waiting ambulances and the two injured vacationers were taken to Rambam Medical Center in Haifa.

Police opened an investigation to determine what caused the accident.

Chapter head of United Hatzalah Yossi Ouknin said: While we were on our regular patrol on the water, we received an alert that a flotation device that was carrying two young women had hit a buoy in the middle of the sea causing the women to sustain injuries. We rushed over to the scene and arrived in no time at all. We provided first aid treatment to the women and stabilized the serious patient. When we arrived at the shore we passed the women off to the waiting ambulance who took them to Rambam.”