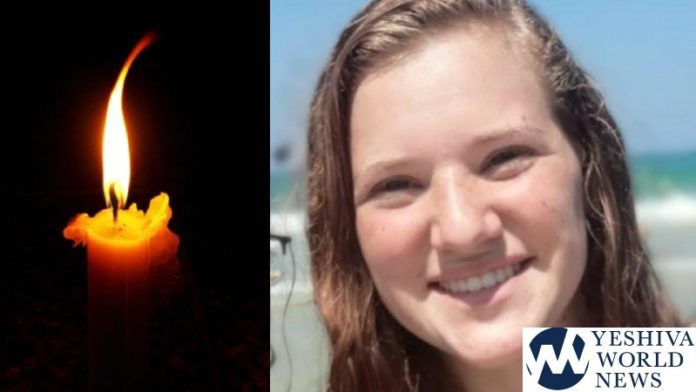 A teenage girl was R”L killed,  and her father and brother were seriously injured after  a bomb exploded when the family was visiting the Buben natural spring outside the settlement of Dolev on Friday morning.

The victim has been identified as Rina Shnerb HY”D of of Lod.

She was critically wounded in the attack, and Paramedics did all they could to save her life. She was Niftar at the hospital.

Her father, Rabbi Eitan, and 19-year-old brother Dvir were airlifted by chopper to a Jerusalem Hopital, where they are both listed in serious condition.

Police report that the (IED) bomb had been placed there previously, and was triggered when the family walked over it.

The Buben Spring is a popular hiking spot.

The Levaya of Rina Shnerb HY”D took place on Friday afternoon at 3:30PM. Details on poster below. 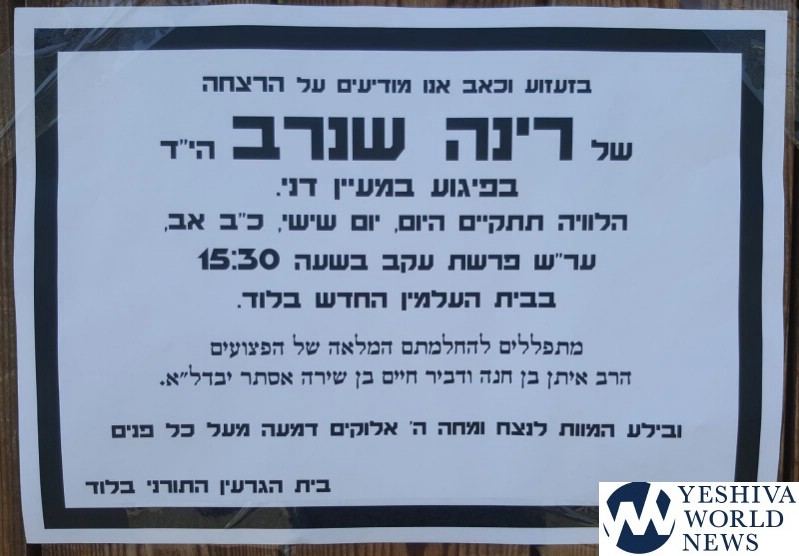 “On behalf of myself and the citizens of Israel, I send deep condolences to the family of young Rina Shnerb who was murdered in a harsh terrorist attack this morning, and wishes for a quick recovery to her father, Rabbi Eitan, and her brother Dvir. We will continue to strengthen settlement. We will deepen our roots and strike at our enemies. The security arms are in pursuit after the abhorrent terrorists. We will apprehend them. The long arm of Israel reaches all those who seek our lives and will settle accounts with them.”

A massive manhunt is underway for the terorrists.

VIDEO OF THE LEVAYA: