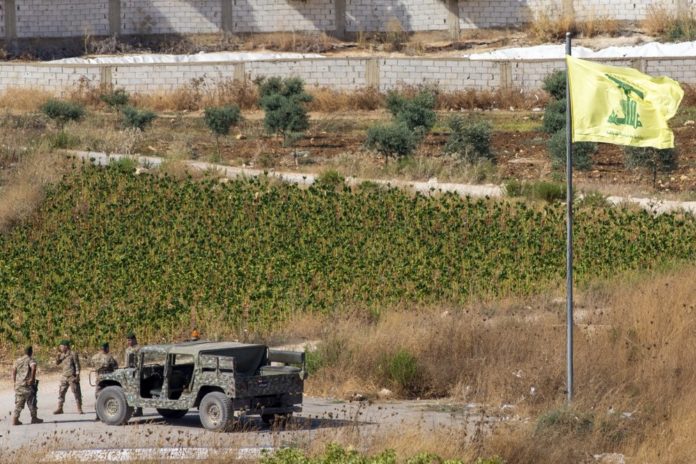 The incident occurred in the village of Adeisseh, a few kilometers (miles) from the Israeli border. The security official told The Associated Press that the drones left Lebanese airspace after being fired on and that none of them was shot down.

The official spoke on condition of anonymity in line with regulations.

The Israeli military in a statement acknowledged a confrontation but appeared to deny any of its drones were shot down.

“Approximately an hour ago, shots were heard from Lebanese territory towards an air space in which IDF drones were operating. The drones completed their mission and no IDF damage was reported.”

The incident came just days after an alleged Israeli drone crashed in a Hezbollah stronghold in southern Beirut, landing on the militant group’s Beirut media office while another exploded midair and crashed nearby.

Hassan Nasrallah, leader of the Iran-backed Hezbollah, called it an act of aggression and vowed to retaliate and confront Israeli drones in Lebanese skies from now on. On Monday, Israeli drones attacked a Palestinian base in the country’s east, further raising tensions.

Israeli forces along the border with Lebanon are on high alert, raising fears of a repeat of the 2006 war.

The Lebanese army and government officials have also described the drone crash incidents and Monday’s attack as blatant acts of aggression and violations of sovereignty and following an emergency security meeting, asserted Lebanon’s right to self-defense.

The military’s response Wednesday night appeared to send the message that the Lebanese government, not just Hezbollah, will act to defend against Israeli violations.

There was no immediate comment from Israel on Wednesday’s incident.

The Lebanese army issued a statement saying an Israeli drone violated Lebanese airspace at 7:35 p.m. local time, flying over an army position in Adeisseh. The army fired in its direction, forcing it to go back where it came from, the army statement said. It said a second drone flew briefly over nearby Kfar Kila and that the army fired at a third drone that later flew over the same army position.

Earlier on Wednesday, the Hezbollah leader’s deputy, Naim Kassem, ruled out a wider war with Israel but said the group will carry out a surprise attack in retaliation for the drone assault south of Beirut over the weekend.

Naim Kassem told Russia Today in an interview that aired late Tuesday that Hezbollah will not be “intimidated by threats of war in order not to retaliate. There was an aggression and we said we will retaliate and this is what will happen.”

He refused to elaborate, saying that “we want the strike to be surprising and therefore, it is not in our interest to reveal more details.”