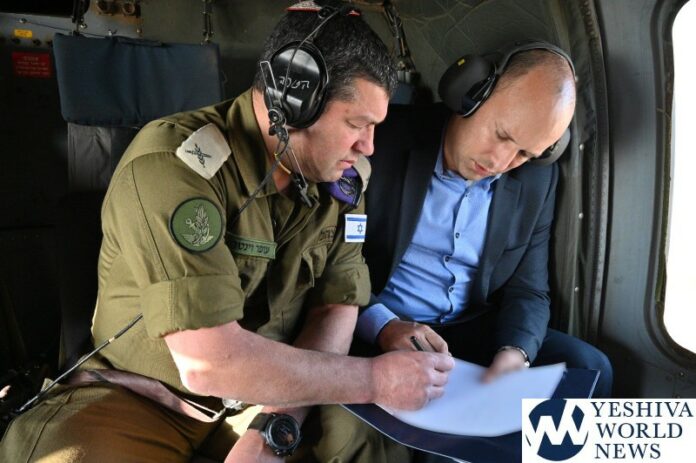 Defense Minister Naftali Bennet on Sunday ordered COGAT (Coordinator of Government Activities in the Territories) to inform Hebron City Hall on the start of the plan for a new Jewish neighborhood in the city in the area of the city’s commercial marketplace. In line with the minister’s instruction, the Civil Administration will send a letter to Hebron officials.

The significance of Bennet’s move is that after years of dispute between the holy city’s Jewish and Palestinian residents, the process is beginning for a new Jewish neighborhood which will result in a contiguous situation from the Ma’aras HaMachpelah to the Avraham Avinu neighborhood of the city and it will double the number of the city’s Jewish residents.

The current shuk buildings will be destroyed and replaced by new stores. It is pointed out that the land rights of Palestinians will be preserved as is the case today.

The decision was made following consultations with a number of involved agencies, including the IDF’s Civil Administration, the ISA (Israel Security Agency/Shin Bet) and security forces.