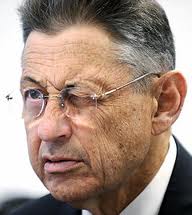 Just days after the NY State Senate passed a bill that would suspend funding to educational institutions which fund groups that boycott Israel, a similar bill, brought up by Assemblyman Dov Hikind and sponsored by Speaker Silver, was pulled from consideration by the rules committee in the NY State Assembly.

The sudden move by the Assembly came Monday after receiving pushback from pro-Palestinian groups and civil rights entities that are usually in lockstep behind Speaker Sheldon Silver – including the powerful New York State United Teachers union.

“While the stated justification for this legislation is to protect and preserve academic freedom, it does just the opposite. It violates the principles of academic freedom, the First Amendment protection of speech and protection of association,” a memo sent by the NYSUT stated. “We therefore request that this measure not be taken up for consideration.”

Assemblywoman Deborah Glick, chairwoman of the Higher Education Committee, announced Monday that the anti-boycott bill was taken off the agenda for discussion yesterday. The bill was slated to be discussed and voted on in the Higher Education Committee of the New York State Assembly on Monday. From there it was to be immediately taken up by the Assembly’s Ways and Means Committee, followed by the Rules Committee.

Glick also said that the legislation will be reworked, so it could come back in a different form.

“We hope that New York legislators have realized that it is inappropriate for them to deny state funds to universities in an effort to silence political speech activities that they personally disagree with,” Dima Khalidi, Director of Palestine Solidarity Legal Support and Cooperating Counsel with the Center for Constitutional Rights, said in a statement. “The threat to this right will remain until the New York bill and similar bills in other states are entirely defeated.”

A spokesman for New York University, John Beckman, issued a statement saying, “N.Y.U. does not believe that the remedy for an ill-conceived vote against Israeli academics and academic institutions should be for the government to withhold funds in ways that would themselves appear to contradict the tenets of academic freedom.”

Michael Whyland, Speaker Silver’s press secretary, told The NY Times that after clarifying the penalties the bill proposes, Mr. Silver would reintroduce it. “The core of the issue is, these expenses are going to be deemed unreimbursable,” he said. “We don’t intend to defund a university. That’s what some of the criticism has been. That’s not the intent. Basically it’s more of a stand against associations that participate in these kinds of boycotts.”