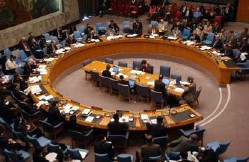 The United Nations board of inquiry has ruled that Israeli forces intentionally fired at a UN facility in Gaza during Operation Cast Lead, a report that is being labeled as one-sided by officials in Jerusalem.

The three-page document was submitted to UN Secretary-General Bank ki-Moon, who reportedly toned down the document, removing portions relating to Israel’s use of phosphorus bombs and calling for a more in-depth probe. There is also no reference made to ‘war crimes’.

Conspicuously missing is any mention of Hamas, the fact that terrorists operated from within civilian areas, and the atrocities perpetrated by the Gaza-based terrorists.

The report will now be handed to the Security Council.