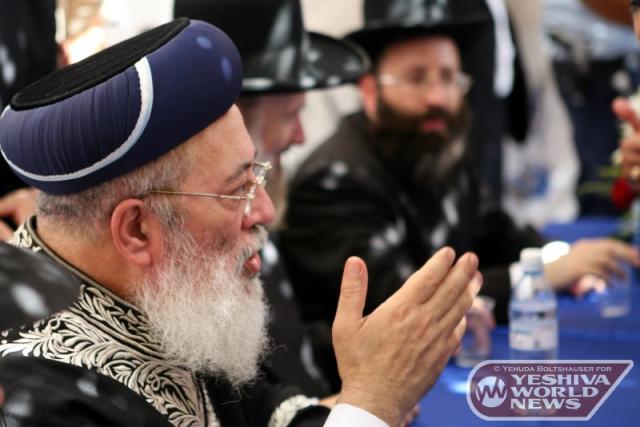 As Israel prepares for next week’s unprecedented homefront training exercise dubbed Turning Point 3, the Homefront of the military, responsible for the drill, turned to the chief rabbis and other rabbonim as efforts continue to reach out to chareidi communities.

The Homefront Command turned to Chief Rabbis Yona Metzger Shlita and Rabbi Shlomo Amar Shlita, along with Migdal Ha’emek Chief Rabbi Dovid Grossman and Rechovot Chief Rabbi Simcha HaCohen Kook as the military tries to reach chareidi communities, seeking to persuade residents affiliated with this sector to take part in the drill, the size of which was never before undertaken in Israel.

The three-day event will reach the entire country, hoping to prepare citizens and evaluate response and preparedness to a missile attack.

Rav Amar praised the military’s effort with special words of praise for Homefront Command chief Major-General Yair Golan, as well as the special steps being taken to reach the chareidi community. Rav Amar called on citizens not to panic, reminding listeners in a taped media message that “we endured much in our history before we had a country and army, and we endured, relying on Hashem’s hand…”

Rav Grossman praised the special Yiddish instruction disc that was distributed, adding he hopes that it will always remain in the realm of practice that will never been realized in reality. He called on chareidim to take the drill seriously and to take part as instructed.

Major-General Golan had warm words for the chief rabbis for their assistance and willingness to reach out to communities towards total preparedness.