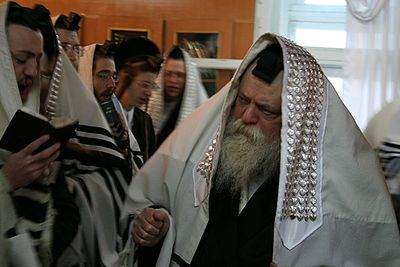 Toldos Avraham Yitzchak is facing a critical financial crisis, with Chareidim reporting one of the chassidus’ talmidei torah in Yerushalayim was saved at the last moment by a temporary influx of funds but a shul in Beit Shemesh affiliated with the Rebbe Shlita was closed, unable to make rent payments. The main Toldos Avraham Yitzchak Beis Medresh in Beit Shemesh continues to operate.

According to the report, officials confirm the financial crunch, adding last month; a month’s salary was paid to employees who have not received salaries for a number of months. YWN reported recently the Rebbe Shlita refused to travel to Switzerland for vacation as is his custom, learning of the financial problems at home, insisting he must remain at home to address issues at hand.

Chareidim quotes a senior official in the chassidus who states things are not exactly operating as they should at present, and there is no overseas fundraising or dinners as once was the case. The report concludes the Rebbe is now in Switzerland and he is addressing the situation with askanim there as well.