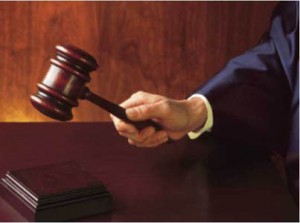 The High Court of Justice has handed down a decision that is indeed a victory for Ashdod Chief Rabbi Yosef Sheinen Shlita in the ongoing saga of a bakery owned by a Jew for “J”, owned and operated by Penina Comforti.

As was reported a number of months ago by YWN –Israel, a lower court ordered the Ashdod Religious Council to issue a kashrut certificate to the bakery, despite the fact Comforti is unwilling to pay for a fulltime mashgiach in compliance with demands by the rabbonim, who are aware of her religious leanings.

The High Court ruled that if the owner is unwilling to comply with the regulations set forth by Rabbi Sheinen, then the religious council is not compelled to issue a kashrut certificate.

In the ruling released on Tuesday, Justices Eliezer Rivlin, Salim Jubran and Ayala Procaccia explained that in order for the bakery to receive a kashrut certificate from the local rabbinate, it must comply with the directives set forth.