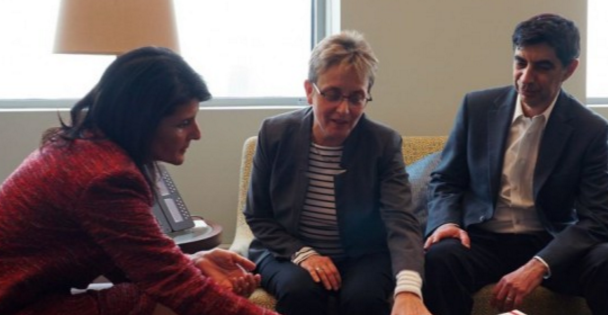 US Ambassador to the United Nations Nikki Haley met on Wednesday 26 Shevat with the parents of IDF soldier Lt. Hadar Goldin HY”D, who remains were taken by Hamas during Gaza fighting in Operation Protective Edge, in the summer of 2014.

The meeting took place in New York City as the bereaved parents have become disenchanted at home, accusing Prime Minister Netanyahu of making the return of their son’s body a low priority.

The parents asked the ambassador to assist in bringing back the bodies of their son as well as that of Sgt. Oren Shaul, whose body was also snatched by Hamas terrorists and being held as well.