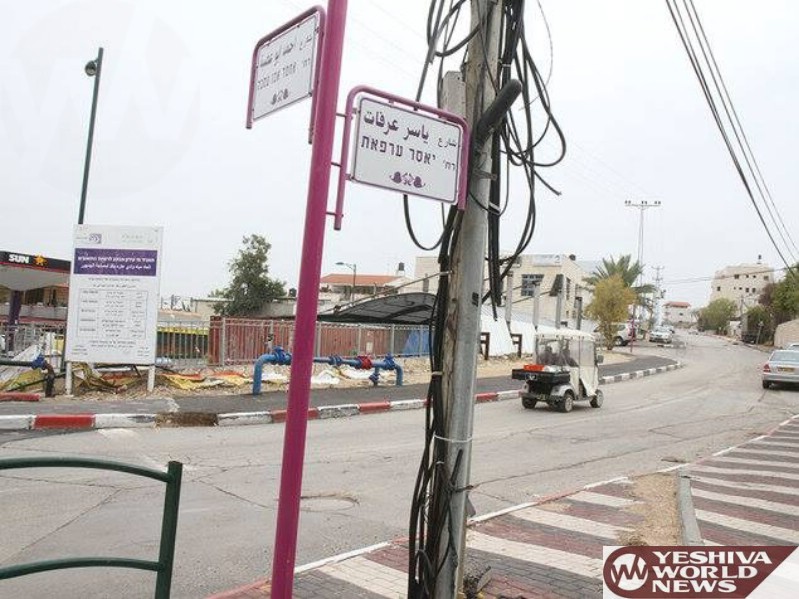 Prime Minister Netanyahu learned of a street in Israel that was named after terrorist Yasser Arafat, whose claim to fame was through terror attacks that impacted the world.

The Prime Minister and other government officials learned the Israeli Arab village of Jot named a street after Arafat. The Arab municipality is located in the north, near Haifa.

Mr. Netanyahu used the media and Facebook to announce he was unaware of this and that he would not permit having a street named for Arafat in the State of Israel. He also announces he spoke with Interior Minister Aryeh Deri, who explained he or the ministry have not approved the name of the street.

Steps are being taken to have the street renamed and the signs removed.

During the weekly cabinet meeting on Sunday, 7 Adar, Mr. Netanyahu stated, “…Lastly, no street in the State of Israel will be named after murderers of Israelis and Jews. Last Friday I spoke with Interior Minister Aryeh Deri. We cannot allow streets in the State of Israel to be named after Yasser Arafat and Haj Amin al-Husseini and others. We will make the arrangements, including new legislation if need be, so that this does not happen here”.