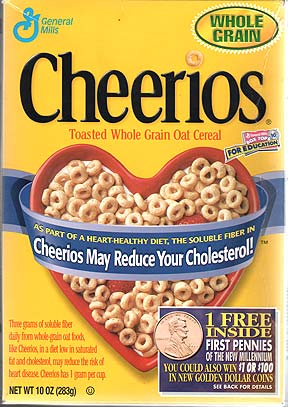 Since the ice cream contains liquid chalav akum it may not be sold in major supermarkets and the alert instructs mashgichim to remove the product from store shelves.

Another major import item is American cereals, and that includes Cheerios®, Honey Nut Cheerios®, and many many others. Since the Chief Rabbinate does not permit importing chodosh items, the importer must obtain Chief Rabbinate approval, which is based on chodosh codes provided by the kashrus experts in the United States.

Truth be said, it is not all that complicated. One simply checks the chodosh codes published by Rabbi Yoseph Herman, who provides information relied upon by hashgachas around the world, and one is in the chodosh/yoshon loop. What happens however when no one is watching the store? Well, then you shop in Geula and find Cheerios and Honey Nut Cheerios that are all over the dates, meaning they are regarded to be chodosh, which is forbidden.

Calls to the appropriate persons in both Osem and the Chief Rabbinate led to accusations and cross accusations, each blaming the other. Sadly, no one seems to be recalling the product and for a second consecutive year, chodosh cereals from the United States are being sold in areas of Eretz Yisrael,

Making things significantly worse, they are marked “Nestle” Cheerios for example, signaling they are imported legally by Osem so they should be yoshon because Osem does not permit yoshon. So now we see that even the official imported product and the “Nestle” name are not a guarantee of yoshon.

And finally, making things even worse, printed on the side panel are the Hebrew words “with permission of the Chief Rabbinate of Israel”, once again signaling yoshon

One should also be aware that while the Chief Rabbinate does prohibit chodosh imports, it does not check secondary ingredients, such as the wheat starch in Cheerios and Pringles for example, so these items may be chodosh even if their bear the Chief Rabbinate’s official stamp of approval. That means that even if the oats in the cheerios are not yet past the chodosh cutoff code, the wheat starch may very well be, rendering the product chodosh.

The Rabbinate only checks for first level chodosh, like wheat crackers, oat cereal and the like, not sub or secondary ingredients. So if you are living in Eretz Yisrael and using American products, you must get an education and learn to read the product codes for the import statements are simply less than reliable.