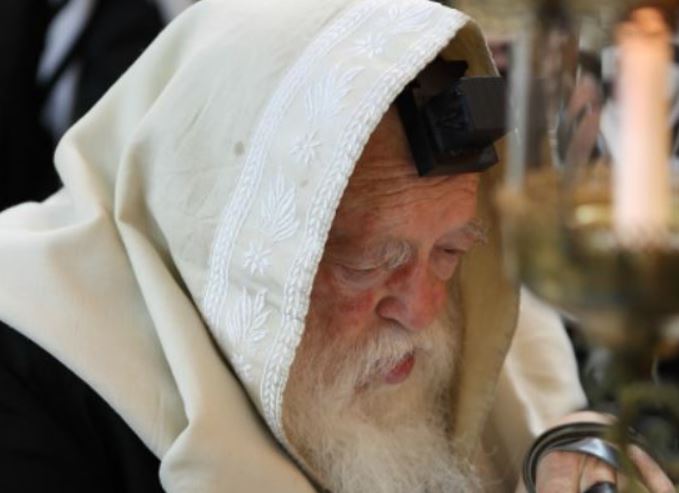 Last year, I had an experience that I never thought that I, a regular guy from Baltimore, would be able to have: I prayed in shul next to Rav Chaim Kanievsky on Rosh Hashana. It totally transformed my davening, and set me on the right track for the year to come. But how did I, a normal father-of-3, pull this off? Let me explain:

It was Elul time and I was in a bit of a rut. LIke many of us, I’m blessed with a family, and as the holiday approached I was immersed in important matters of business, money, and other logistics. It was eating away at me that I hadn’t done the proper preparations for the Yom HaDin. That’s when I heard about Kupat Ha’Ir’s pre-Rosh Hashana charity fund. Kupat Ha’Ir distributes food and money to families in Israel who are mamash suffering in poverty. I took a moment to center myself, thought of the most I could give to help, and donated – and I felt amazing. Taking that time to be m’kayim the mitzvah of tzedaka, and to think of others before this extremely important day, really put me in the right headspace. The campaign offered even more than just that satisfaction, though: Donors have their names put on a list which comes up to the bima with Rav Chaim Kanievsky, on Rosh HaShana morning, for a special mishaberach said on their behalf. This year the Rav is also adding an extra yehi ratzon to his seuda with the simanim, where he prays by name for those who donate.

As I stood in shul on Rosh HaShana in my own shul in Baltimore, I can’t tell you how much chizuk it gave me to know that on the other side of the world, in a famous shul in Bnei Brak, the Gadol HaDor was praying for me. We learn each year that most of us fall into the “beinoni” category, and that we pray in groups of choshuve people to try to attach ourselves to those tzaddikim in our generation, to try to group ourselves together with their merits. And in that moment, as I closed my eyes and heard the cry of the shofar, I truly felt that I was standing next to the Gadol HaDor – because in a way, I was: I was on his mind as he prayed for me, and I was joining him in his own mission to provide for those who have nothing.

It was one of the best davenings I’ve ever had: And for that I have to thank the Ribono Shel Olam, and Kupat Ha’Ir.

Trust me – make this a part of your Rosh Hashana preparations. You won’t regret it.  Donations are being accepted for the next three days only.