Hagaon Harav Chaim Kanievsky shlita, Sar HaTorah (“Prince of Torah”) and Gadol Hador, keeps sefer Hadras Ponim Zokon on a bookshelf close to him in the personal study of his home in Bnei Brak.

Sefer Hadras Ponim Zokon, authored by Rabbi Moshe Wiener of New York, is an encyclopedic work regarding the growth and cutting of the beard from a Halachic perspective. It provides comprehensive documentation and systematic analysis, compiled from Talmudic and Rabbinic literature throughout the centuries. [To view excerpts from the letters of support and approbation of Gedolei Yisroel regarding Sefer Hadras Ponim Zokon, click here.]

A 1,227-page fourth-edition of the sefer (with over 200 pages of material not included in prior editions) was just released and is available thus far in two volumes (softcover) on Amazon.com (with the first volume being the original sefer and the second volume dedicated to over 500 pages of hosafos, so that those with the original sefer can acquire the hosafos separately without having to re-purchase the original sefer). A hardcover edition will be printed once adequate resources are available (for sponsorship opportunities, see: KosherShaver.info).

Rabbi Wiener was not surprised to discover that his sefer received a place of prominence in the home of Harav Kanievsky.

“It can be understood based on the fact that, in his most popular work, sefer Orchos Yosher (recently published with English translation by ArtScroll), Rav Kanievsky dedicates an entire chapter to this topic and emphatically and unequivocally refutes the common, prevailing misconceptions regarding the beard and shaving,” he said.

At the beginning of his essay, Rav Kanievsky forcefully dismisses the notion that the Litvish “mesorah” (tradition) is to be beardless and declares that: “Throughout our history, it has been a disgrace for anyone not to have a beard. It is only in recent generations that some have started to treat this irreverently, having learned this from the non-Jews.”

Addressing the almost universal method of beard removal practiced by Orthodox Jews today, Rav Kanievsky writes that according to the Chofetz Chaim, the Chazon Ish, the Steipler Gaon and others, contemporary electric shaving machines are prohibited and have the same halachic status as razors.

Moreover, this is true to the extent that they should not be recommended as a halachically acceptable alternative even for people who are already shaving with razors, according to all these aforementioned distinguished Litvish authorities.

As to whether the practice of shaving in the Litvishe yeshivos was condoned by their own Litvishe Gedolim, Rav Kanievsky quotes the Chofetz Chaim as writing an entire treatise to disprove all justifications for removing the beard (where the Chofetz Chaim states that “it is a great mitzvah for the entire Jewish people to reinforce this observance and refrain from trimming the beard even with scissors”). Rav Kanievsky further quotes the Chazon Ish as stating: “Although this sickness has spread even among Torah scholars, may they be well, the issue has not changed as a result of this, and therefore my soul burns with rage because of this practice.”

In response to the question of whether the practice to shave in the Litvishe yeshivos of previous generations was based on Torah-inspired considerations, or just the opposite — Rav Kanievsky quotes the Chazon Ish as writing: “I find this matter very painful, for it is against the Jewish quality of modesty and is not the Jewish style of dress, rather [Jews] have learned it from the non-Jews during their exile, thereby negating kedushah.”

Rav Kanievsky concludes by stating: “He [the Chazon Ish] once said that when someone who removes his beard… comes in to see him, he feels so sick that he almost vomits… May Hashem Yisborach give us the privilege to maintain the Jewish appearance requirements according to the will [of Hashem in] the Torah.”

After reviewing a rejoinder composed by the author of sefer Hadras Ponim Zokon in response to a critic, Rav Kanievsky wrote: “Yaffa Kasavta” (“You have written well”). A copy can be viewed here in a recent publication entitled Electric Beard Shavers: A Halachic Analysis, compiled by Rabbi Wiener (in Hebrew). To purchase this new publication, please click here.

To view what Chazal stated about the awesome Mesirus Nefesh to be beheaded rather than removing our beards at the time of the destruction of the Bais HaMikdosh, see here.

Reprinted with permission from COLlive.com. 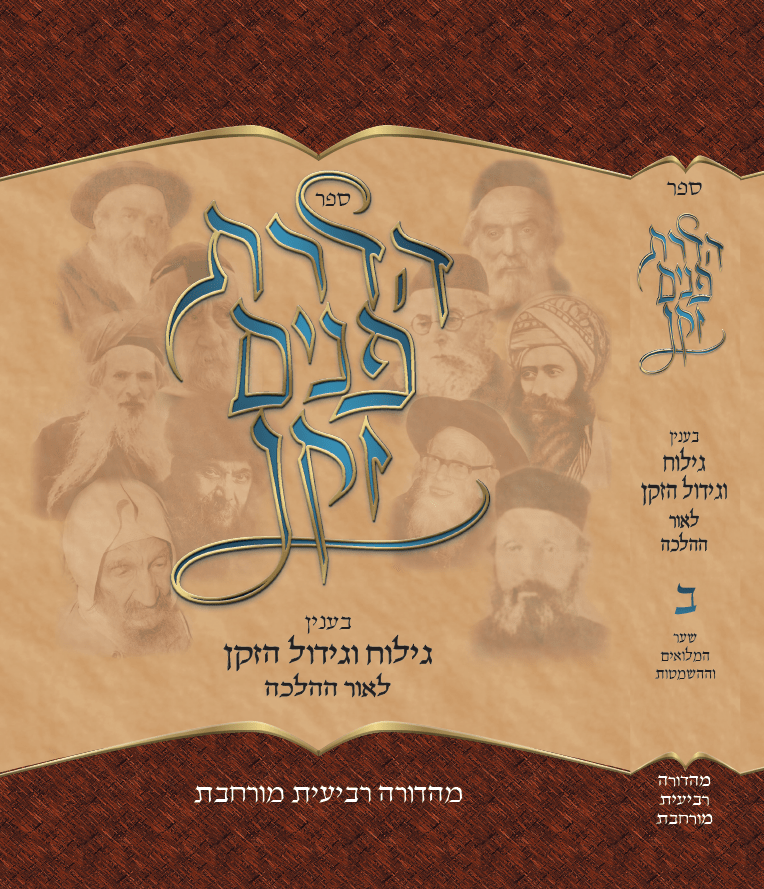