RAVAGED BY A RARE ILLNESS ATTACKING HIS BRAIN

A FIRE DESTROYS HIS HOME

LEAVING HIS FAMILY HOMELESS AND DESTITUTE

A talmid chochom who has been sick for almost a year with a rare severe auto-immune disease, now lost everything in a terrible fire!

He is a well known talmid chochom from the southern Israeli town of Ofakim who inspires everyone around . Over the past few months he’s been hospitalized many times due to this severe illness which has been ravaging his brain.

On Wednesday November 13th, he again lost consciousness and was rushed to the hospital. The next day his wife, who was at his bedside, received a devastating bombshell. A fire had broken out in their apartment. The family arranged a small room in a local school in Ofakim to store whatever was still usable. However, when they went to the apartment, they discovered there was nothing to be recovered!

Their life savings has been wiped out over the year that they have been battling this disease.

Now, after the horrible fire, this ailing talmid chochom and his family are homeless and completely destitute!

No money, no clothing, no appliances, no furniture etc. etc. they have nothing but the clothes on their backs.

PLEASE DONATE AND SAVE THIS NOBLE FAMILY FROM DESPAIR! 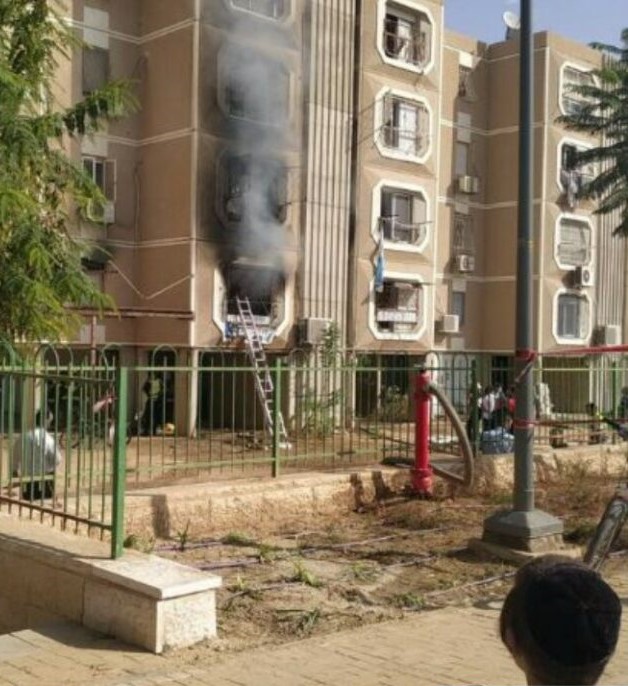 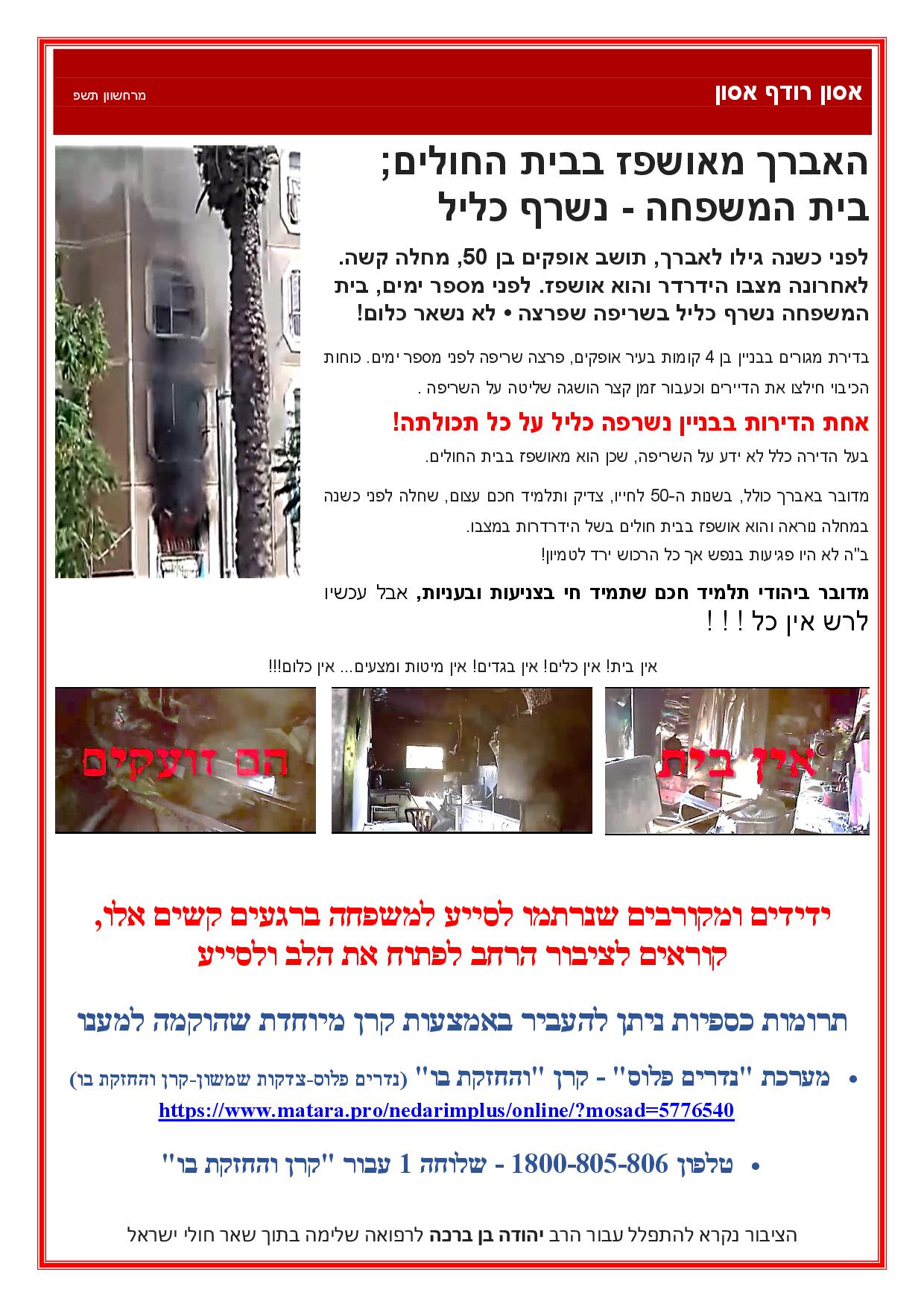 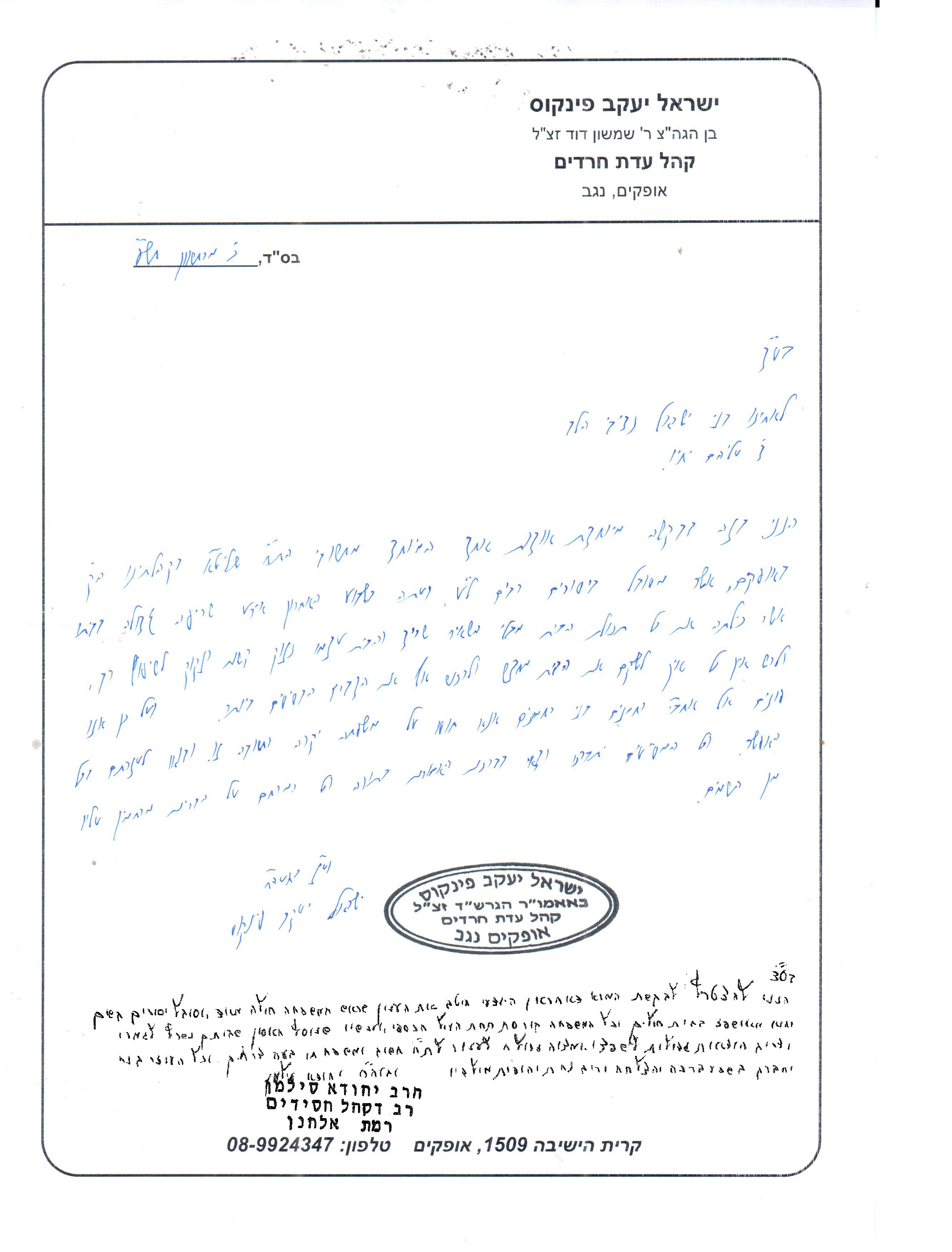