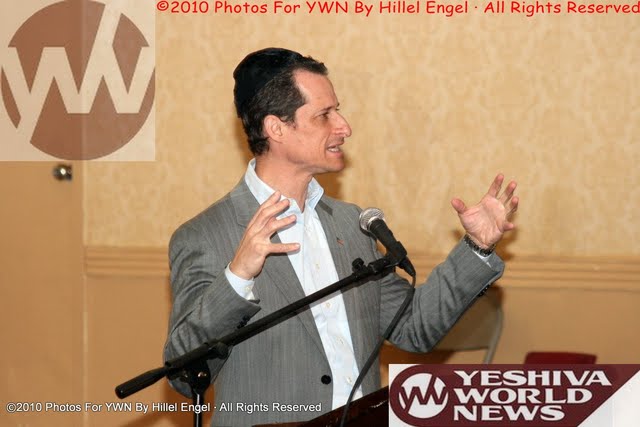 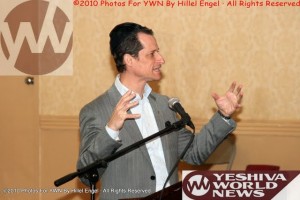 There has been some back and forth on Yeshiva World forums (homepage and Coffee Room) whether Rep. Anthony Weiner is Jewish or not. Many people claimed that his mother is an Italian, which would make him Halachically not Jewish. That would make his recent marriage to a Muslim woman perfectly fine.

Well now his mother has stated she is unequivocally Jewish, which makes her son Halachically Jewish. Anthony is married to a Muslim woman, and is still proud to yell “Am Yisroel Chai” (Jewish Nation Live) on a megaphone at the Israeli Day Parade in Manhattan.

Curious Jewish observers would like to know, how does the “Jewish Nation Live”  if our highest profile Jews intermarry?