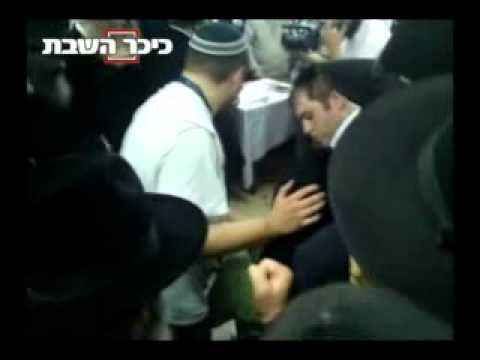 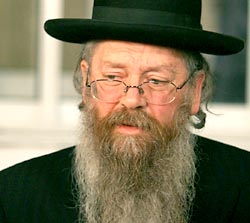 [SEE VIDEOS BELOW] Does everyone remember the story with the Dibuk from Brazil in December of 2009? The one that the Mekubal from Yerushalayim made a grand scene about, by first attempting to remove the Dibuk via the Internet over “Skype”?

Well, the person who had the Dibuk inside of him, has now come forward to say that it was all one big lie.

The story which was reported extensively by YWN, and caused lots of discussion at the time, all began when an individual from Brazil was overtaken by mysterious voices in multiple languages – all without his lips not moving. The community was concerned, and the Mekubal from Yerushalayim, Rabbi Dovid Batzri was called and asked what he can do. Rabbi Batzri first made an attempt to remove the Dibuk on a webcam via Skype.

That didn’t work, so the individual was brought to Eretz Yisroel, and thousands of residents were given some free entertainment when Rav Batzri once again attempted to remove the Dibuk publicly in his Shul. Thousands of people gathered in the streets near Yeshivat Shalom, and watched and listened as Rav Batzri and a group of Mekubalim yelled “get out Dibuk!”, and repeatedly blew Shofars. Witnesses reported at the time that as the tzibur recited Shema and 13 Midos along with the mekubalim, two different distinct voices were heard from the young avreich.

Despite all the efforts, it appeared that Rav Batzri was unsuccessful in his efforts to remove the dibuk from the avreich.

It is interesting to note, that Maran Hagon Rav Elyashiv, Maran Hagon Rav Shteinman, and Maran Hagon Rav Chaim Kanievsky all refused to meet with the individual who claimed he was possessed by the Dibuk. Additionally, Rav Moshe Sternbach Shlita had said that the man was most probably mentally ill.

Well this morning it is being reported by Bichadrei Chardeim that the man has come forward and admits that he spoke from his body. He says he learned all these languages before, and was never possessed by a Dibuk. He says he would like to ask forgiveness from Rav Batzri for involving him in the fiasco.

It should be noted that this is not the first false Dibuk that Rabbi Batzri has been involved in. In the late 1990’s Rav Batzri was involved in a widely publicized exorcism which turned out to be a fake as well. That scene was broadcasted on Israeli TV and Radio.

In August of 2009, during the scare of Swine Flue, Rabbi Batzri and a group of mekubalim flew around Eretz Yisroel on a private airplane armed with tehillim, seforim, shofaros and silver trumpets, to “create a blanket of protection”.