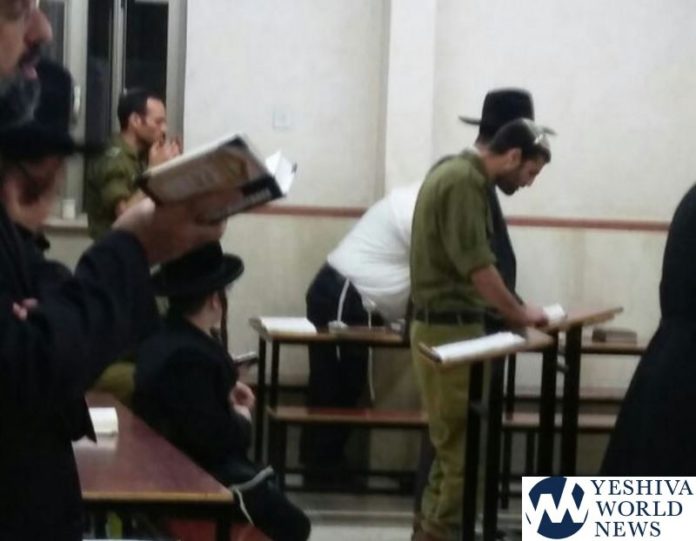 It’s become a familiar, but despicable scene in Yerushalayim. Frum Soldiers are attacked just for being in the “Holy neighborhood of Meah Shearim / Geula”.

The latest incident happened on Wednesday evening at around 9:30PM at the Bais Yisroel Shteeblach which is frequented by thousands of people each day as Minyanim take place one after the other almost 24 hours a day.

Three Frum soldiers stopped into the Shul to Daven Maariv, and minutes after the Minyan began, a crowd gathered and began screaming at them. The crowd grew, and entered the Bais Medrash – screaming and cursing the Soldiers with the usual “Chardak”, “Nazi”, and other derogatory words used to insult Frum Soldiers.

Fearing for their lives, the soldiers phoned police who arrived minutes later to rescue them from the violent mob.

As can be expected, police were called “Shiksa”, “Nazis” etc when they entered the Shul to escort them out.

Thankfully, there were no injuries reported.

Police have not yet made any arrests.