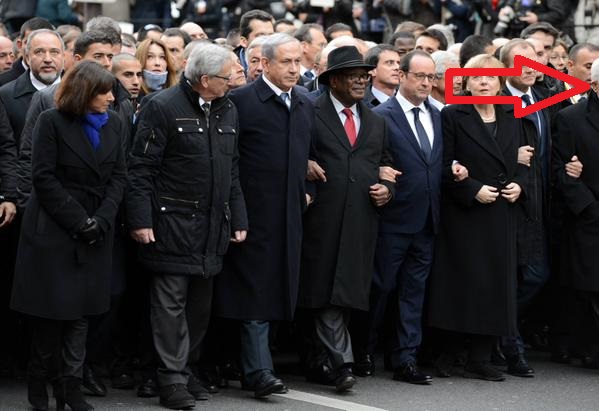 The following statement posted below and the attached photo was released by PM Netanyahu following the rally in Paris.

It is interesting to note that PA Mahmoud Abbas was cropped out of the photo released by the PM’s office. This was tweeted by the PM twitter account as well, and is attached below.

“I marched now in one row with world leaders in order to unite against terrorism. I told them that terrorism, any terrorism, must be fought to the end.

I would like to thank our security people, and the French security services, for allowing us – despite not inconsiderable difficulties – to participate in this important rally and to represent the citizens of the State of Israel.”

I marched in one row with world leaders in order to unite against terrorism. Any terrorism must be fought to the end pic.twitter.com/X5oFg5r3cB