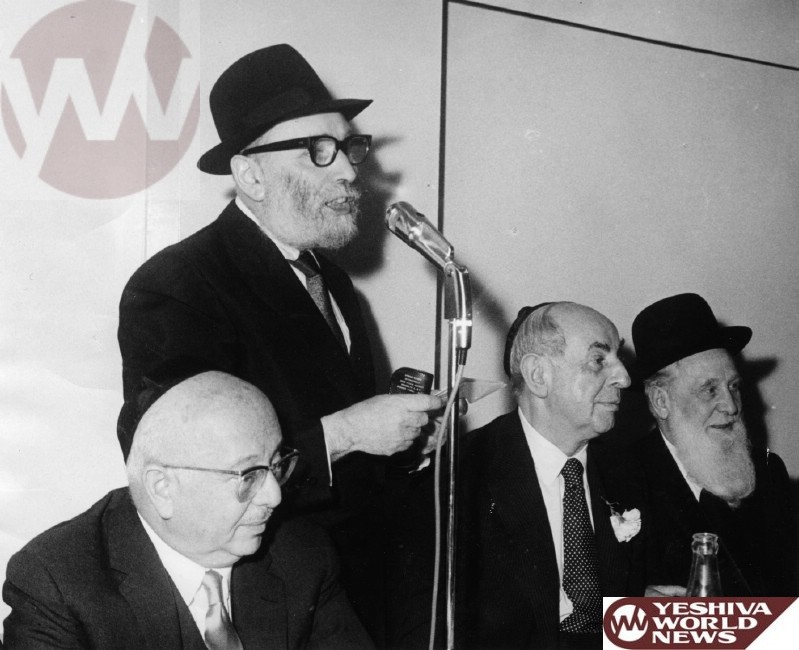 Rabbi Yosef Wineberg, once called Chabad-Lubavitch’s “globetrotting ambassador” and the first in the United States to have a regular class on Chabad philosophy broadcast over the radio waves, passed away Wednesday at the age of 94. A faculty member of the United Lubavitch Yeshiva school system, he was known not only for his scholarly knowledge, but also for his calculated and patient words, and characteristic Chasidic warmth towards his fellow man.

Born in the town of Mianow, Poland, Wineberg studied in Chabad-Lubavitch schools in Poland, and narrowly escaped German bombardment at the onset of World War II. He was with the Sixth Lubavitcher Rebbe, Rabbi Yosef Yitzchak Schneersohn, of righteous memory, during the High Holidays shortly after the onset of the invasion of Poland in September 1939. The young student recorded the horrid details in his personal diary, a primary manuscript used by historians researching that period.

“Regardless of what was taking place, the Rebbe remained completely calm and controlled, never once expressing any fear,” he wrote of life in post-invasion Poland.

At one point, the Sixth Rebbe gave him his personal briefcase containing his most precious possessions. 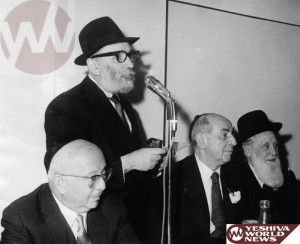 At the Sixth Rebbe’s instruction, Wineberg escaped across the border and into the Soviet Union, from there travelling to Vilnius, Lithuania, and then to Japan.

He was one of nine Lubavitch students who received visas to travel to Canada; in 1942, he travelled to Montreal, where the group established a groundbreaking yeshiva. He later moved to New York to fundraise on behalf of Lubavitch schools from their unified headquarters in Brooklyn.

Wineberg travelled across the globe on behalf of the school system, infusing his fundraising efforts with a warmth that won him many admirers. He built long-lasting relationships in many Jewish communities and laid the foundations in several places for future Chabad-Lubavitch centers and schools.

Following the passing of the Sixth Rebbe and the ascension of his son-in-law, the Rebbe, Rabbi Menachem M. Schneerson, of righteous memory, Wineberg began travelling on behalf of the successor to even more remote Jewish communities with a refined mission. He went to several African countries, including Uganda and Madagascar, and at the Rebbe’s request, sought out Jews who had no connections to any Jewish community.

“The Rebbe has instructed me to pay a visit to Madagascar,” he told the then-Chief Rabbi of South Africa, Louis Isaac Rabinowitz, “in order to find any stray sheep of the House of Israel. You usually take an interest in such matters. Do you know of any Jews on the Island?”

Rabinowitz, who recorded the story in a 1961 article published by the Southern African Jewish Times, informed Wineberg that as of two years prior, only one Jewish person inhabited the island.

“He is a completely assimilated French Jew who has no Jewish loyalties whatsoever,” said Rabinowitz. “I can’t see any purpose in a … visit there.”

Wineberg heeded the Rebbe’s request, and proceeded to Madagascar despite the negative report. 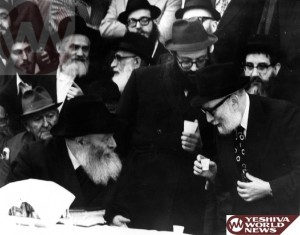 He eventually found eight Jews, for whom he affixed mezuzahs on their residences, gave a ram’s horn for use during the High Holidays, and taught how to pray as a group.

“Arrangements were [also] made,” recorded Rabinowitz, “to give them Hebrew instruction once a week.”

For Passover, Wineberg promised to send them everything they needed from New York, including handmade matzah.

“These isolated and otherwise forsaken Jews will now be cared of,” Rabinowitz concluded. “[This is] another worthwhile … activity on the part of Lubavitch.”

Clarifying the purpose of his trips, the Rebbe wrote to Wineberg that even for “only one Jew, it is worthwhile to have self-sacrifice. All the more so, when we are talking about several Jews.”

Chasidism on the Radio Waves

In 1959, Wineberg learned of radio time that was purchased from a local New York station that was not needed. He was asked if he had any thoughts about how to fill the air, and he came up with the idea of teaching a class on the Tanya, the foundational work of Chasidic thought authored in the 18th century by the First Chabad Rebbe, Rabbi Schneur Zalman of Liadi.

“I began using the radio time to speak about Chasidic ideas,” Wineberg said in a 2010 interview. 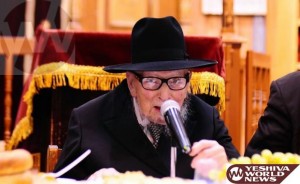 The Rebbe would later expound on the concept of infusing the radio waves with holiness, saying in a public 1984 scholarly address that “everything in the world was created for the sake of G‑d.” For sure, everything could be used for negative reasons, but that was up to a person’s free will, the Rebbe explained. Using the radio for disseminating Jewish teachings, on the other hand, revealed its very purpose in creation.

Wineberg’s programs were later transcribed and published in Yiddish as Shiurim B’Sefer HaTanya. An English translation was released by the Kehot Publication Society as the popular Lessons in Tanya. Translations in other languages were also published, and today, tens of thousands of people use Wineberg’s insights in their daily study of the Tanya, whether from the books or online through the Judaism website Chabad.org.

The tradition of the radio classes continue as well.

Those who knew him described Wineberg as a beacon of Judaism’s warmth; he would spend hours in contemplative prayer and scholarly study. His heartfelt prayers during the High Holidays, when he would lead the services at the main synagogue at Lubavitch World Headquarters, still produce emotional reactions in those who remember them.

Friends, family members and colleagues said he typified the very essence of the Chabad teaching to immerse oneself in the care of others’ physical and spiritual needs, and he once explained to Herbert Weiner, author of Nine and a Half Mystics, that his concern for others was understandable: Within every Jew was a pure element of Jewishness, he said. “The soul itself was so much deeper than what appeared to the eye.”

What sits at the core of the Chabad way of life, he told Wiener, is “the willingness to sacrifice oneself. Our [leaders] set for us an example. They showed us that if something is very important, it can be done.

“If something matters very much, as much as life itself,” he concluded, “you find a way to do it.” 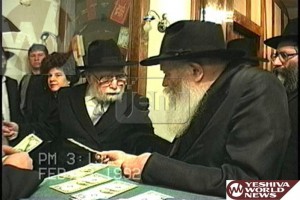 Rabbi Yosef Wineberg is survived by the many children and grandchildren who serve Jewish communities across the globe as Chabad-Lubavitch emissaries. His funeral procession is scheduled to pass through the Crown Heights section of Brooklyn on Thursday.

Thousands are expected to attend the levaya on Thursday at 10AM at Shomrei Hadas Chapels and at 11AM at 770 Eastern Parkway.