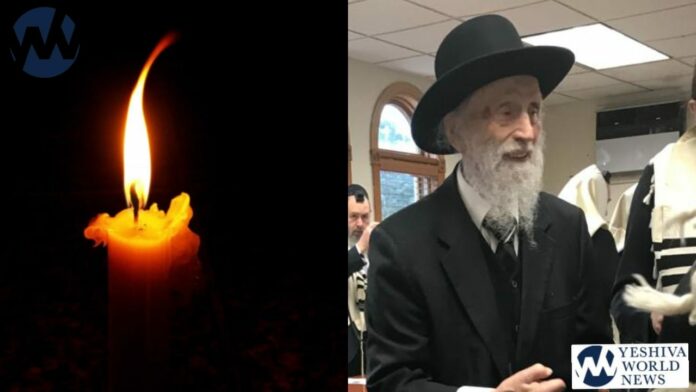 YWN regrets to inform you of the Petira of Reb Moshe Handelsman Z”L, longtime Executive Director of the Mirrer Yeshiva in Flatbush. He was in his high 90’s.

The Niftar was a Holocaust survivor who joined the Hanhalah of the Mirrer Yeshiva during the early days of the Yeshiva in the United States under the leadership of HaRav Avrohom Kalmanowitz Zt”l and later his son HaRav Shraga Moshe Kalmanowitz Zt”l. With great Mesiras Nefesh, he assisted the Yeshiva in raising significant sums of money to help the Yeshiva grow. He retired from his position in the early 1990’s after more than 40 years.

Rav Handelsman lost his first wife many years ago, and later remarried Mrs Yehudis Hirsch, the wife of the late Rav Avrohom Hirsch zt”l of Pe’iylim (of Boro Park).

He leaves behind a Mispacha of Marbitzei and Bnei Torah:

There will be a Levaya on Tuesday morning in Lakewood, followed by a Levaya in the Mirrer Yeshiva at 1:00PM, at Ocean Parkway and Avenue R.

The Kevura will be in Eretz Yisroel.