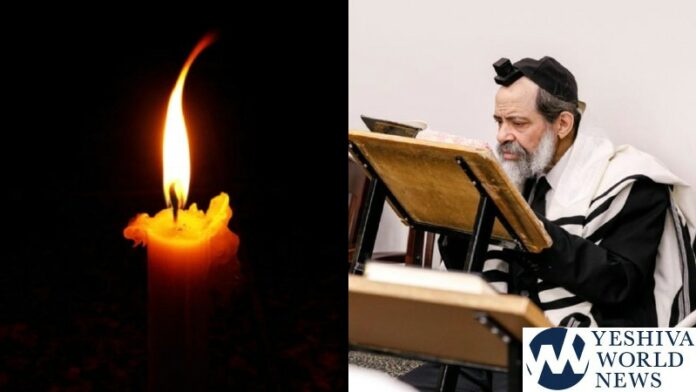 YWN regrets to inform you of the tragic Petira of Hagaon HaRav Michoel Bender ZATZAL. He was 71 years old. Rav Michoel suffered a heart attack and was Niftar in Monsey on Tuesday afternoon.

The Niftar was the longtime Mashgiach at Yeshiva Bais Binyomim (Stamford Yeshiva), and was one of the secret Tzadikei Hador. Those who were Zoche to know him, say that there isn’t enough ink and paper to describe the Tzidkus and secret Chasadim that he spent his life doing. He was an extraordinary Oved Hashem, as he spent his life below the radar with extreme humility.

He was a son-in-law of the late Stamford Rosh Yeshiva, Hagaon HaRav Simcha Schustal ZATZAL.

He was the son of HaRav Dovid ZT”L, longtime Menahel in Torah Vodaath, and Rebbitzen Basya Bender A”H, one of the first students of the legendary Sarah Schenirer in Cracow, and one of the pioneers of the American Bais Yaakov movement and a surrogate mother to generations of students. 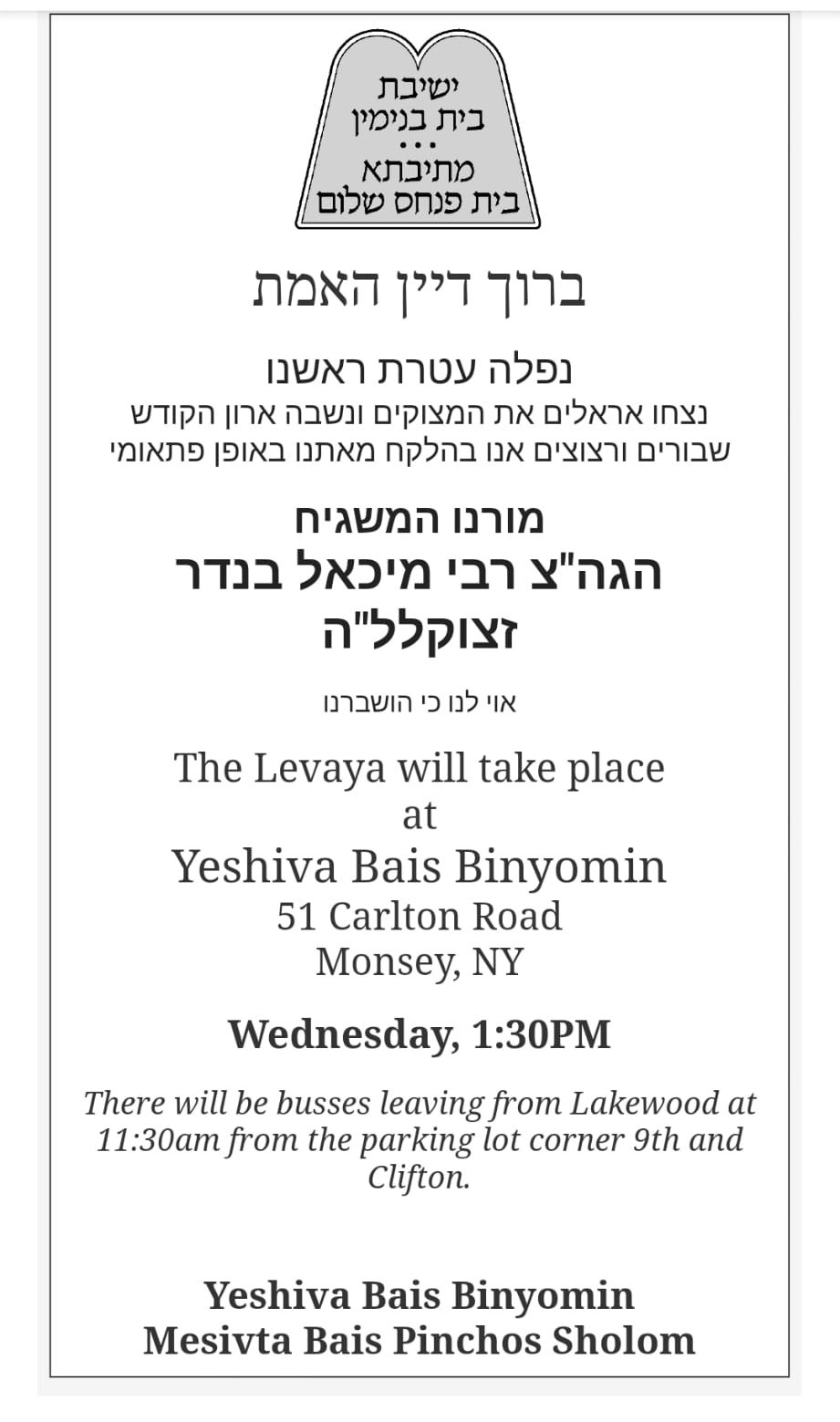