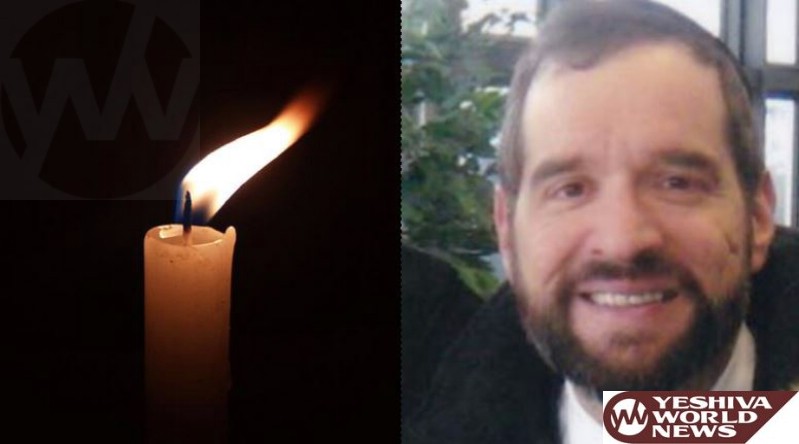 YWN regrets to inform you of the Petira of Reb Beinish Mandel Z”L, a longtime Flatbush Hatzolah member (F-35). He was 59.

Beinish was one of the first Paramedics in Hatzolah and saved (literally) thousands of lives over the years.

Besides his work with Hatzolah, Beinish was a tremendous Baal Chesed who dropped everything to help someone. He spent many summers at Camp Simcha, where he treated many sick children – all while smiling and giving them Chizuk.

He was extremely close to Gedolei Yisroel – most notably Hagaon HaRav Nosson Tzvi Finkel ZATZAL the late Mir Rosh Yeshiva. Whenever the Rosh Yeshiva would arrive in NY, Beinish dropped all he was doing to take care of him and spend every moment possible with him.

Despite having a large family with more than 10 children, Beinish always was a Machnes Orach – and guests were always at his Shabbos table.

Unfortunately, Beinish suffered the past few months, but continued giving Chizuk to others. This past summer, as Beinish was extremely weak after a lengthy procedure, he was seen using his last ounce of energy talking on the phone and arranging doctors for another sick person.

The thousands upon thousands of lives that he touched can testify that Reb Beinish was nothing less than a Tzadik. Always helping others but always with a smile and a Dvar Torah.

Beinish will be sorely missed by his friends and family. May Hashem give his wife Bashie and children the strength to continue in his ways of Torah and Chesed.

The Levaya will be held on Wednesday at 11:00AM at Shomrei Hadas Chapels in Boro Park on 14 Avenue and 38 Street.