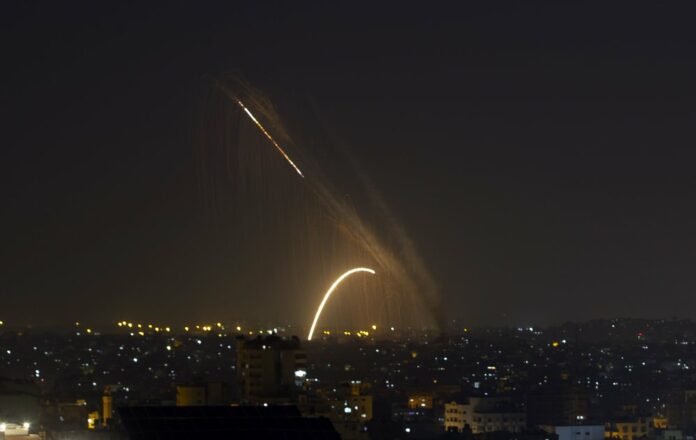 Sirens sounded close to 5:00AM on Tuesday morning in the Golan Heights as rocket launches towards Israel were detected.

At precisely 4:52AM, sirens sounded as four rocket launches from the Damascus area were detected. Sirens were heard in the Golan Heights and Galil areas. The Iron Dome rocket defense system intercepted the incoming rockets Baruch Hashem. As a result of the attack, Defense Minister Naftali Bennet and IDF Chief of Staff Lt.-General Aviv Kochavi will be meeting in the Kirya (Defense Ministry) along with senior members of the defense establishment to assess the situation. The heads of local and regional councils in those areas announced schools will open on schedule and there are no special orders in place, directing residents to carry on with their daily routines.

The sirens were heard in the communities of Dan, Daphne, Sallad, Majdal Shams, Massada, N’vei Ativ, Nimrod, Ein Kinya, Shar Yashuv and Snir. The IDF Spokesman’s Office confirmed detecting four rocket launches towards Israel and that the incoming rockets were intercepted by the Iron Dome.

About a half hour later, the official Syrian Sana News Agency announced hearing explosions at a rocket storage facility in Damascus. Non-official news reports add that Syrian anti-aircraft fire was directed at “enemy targets” but additional information was not provided.

Israel believes that pro-Iranian Shiite militias are responsible for the predawn attack. Defense Minister Bennet will continue meeting with Kochavi and other officials throughout the morning.