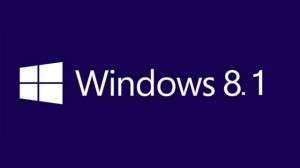 Microsoft released its long-awaited Windows 8.1 upgrade as a free download Thursday. It addresses some of the gripes people have had with Windows 8, the dramatically different operating system that attempts to bridge the divide between tablets and PCs.

Windows 8.1 still features the dual worlds that Windows 8 created when it came out last October. On one hand, it features a touch-enabled tile interface resembling what’s found in tablet computers. On the other, there’s the old desktop mode where the keyboard and mouse still reign. The update adds some new finger- and gesture-friendly shortcuts for touch-based apps, while restoring some respect for the desktop mode that a billion PC users have become accustomed to.

The release comes as sales of traditional desktop and laptop computers continue to decline because consumers are spending money instead on the latest smartphones and tablets. It also comes at a time of transition for Microsoft as the Redmond, Wash., company focuses on devices and services, not just software. Earlier this month, Microsoft struck a deal to acquire Nokia’s phone business and patent rights for more than $7 billion. Microsoft is also searching for a new CEO to replace Steven A. Ballmer, who announced last month that he plans to retire within the next year.

The Window 8.1 update is free for current owners of Windows 8. Downloads started at 7 a.m. Thursday in New York, which corresponded to the start of Friday in New Zealand. Simply go to the Windows Store app to find it. It may take a few hours for updates to reach everyone. Computers with Windows 8.1 already installed will go on sale Friday local time. That’s also when people will be able to buy stand-alone copies of Windows 8.1.

The changes range from the cosmetic to improved functionality:

RESTORING RESPECT FOR THE DESKTOP

START ME UP — The Start button is back in desktop mode, although not the way it was before Windows 8 came along. In Windows 7 and before, a click on Start would have brought up programs and important folders in a list. Now, one tap on Start flips you back to the new tile interface, where you can click or tap tiles to open programs. A long press brings up crucial settings such as the Control Panel.

BOOT TO DESKTOP — You can now start up the machine in desktop mode, bypassing the tiles for a short time. That removes some of the headache for companies that want to use Windows 8 but don’t want to buy a touch-screen monitor for every employee.

ONSCREEN KEYBOARD SWIPES — The onscreen keyboard now includes the ability to type numbers or punctuation marks by swiping up or away from certain keys on the standard “QWERTY” layout, eliminating the need to toggle between numeric and alphabetic layouts. You can also select from suggested words mid-stream using side swipes and taps on the virtual spacebar.

GESTURE-ENABLED APPS — You can now wave in the air in front of the front-facing camera to get a response. For example, in the new app Bing Food & Drink, a right-to-left wave in “Hands Free Mode” flips through pages of a recipe.

QUICKER TILE ORGANIZING — You can tap and hold Windows tiles with your finger to move them. Another couple taps will allow you to resize them in one of four sizes. In the previous version, you had to go back to the mouse or touchpad and right-click on tiles to do this, and you were limited to two sizes.

EASIER APPS ACCESS — Finding all your apps takes just a swipe up on your start screen, as long as you don’t do it from beyond the bottom edge. Before, you had to swipe up from the bottom edge, then tap on the All Apps button.

AUTOMATIC UPDATES — Apps update in the background, replacing the constant reminders to go to the Windows Store to update the apps yourself.

LOCK SCREEN ACCESS — You can now answer Skype calls or take photos from the lock screen without having to log in. Just swipe down. You can also set other apps like Twitter to send notifications when the screen is locked.

BETTER MULTITASKING — In Windows 8.1, you can run up to four apps at once side by side, double the previous amount, though you need a large, high-resolution monitor to do so (On their own, Microsoft’s Surface tablets are not big enough for more than two). You can resize panes using a slider that moves side to side, instead of being limited to one larger window and one slender one. This is still not as capable as Windows 7 or in desktop mode, where you can open dozens of items in windows that can be resized horizontally, vertically and diagonally. And many app makers have yet to adapt, meaning some apps still appear as a thin sliver, even if you want them to take up half the screen.

GLOBAL SEARCH — Typing while on the tile-based start screen will pull up multiple search results — if applicable — from your computer, the Web and the Windows app store. If you’re searching for a musician, you’ll see a list of popular songs you can play using Xbox Music, and if it’s someone famous (like President Barack Obama) you’ll see biographical details, videos and other information. Before, you had to choose where to search: in apps, settings, computer files or on the Internet.

EMAIL UPDATE — The standard-issue Mail app now has a “power pane” on left-hand side with folders for updates from social networks like Facebook, messages from favorite contacts and newsletters. Some of these features work only with Microsoft accounts such as Hotmail and Outlook.com, though. A new “sweep” command deletes multiple messages with a couple taps.

BETTER BROWSING — No longer are you limited to 10 open tabs in the tile version of Internet Explorer. Before, Web pages automatically closed without prompts when you try to open more. You can open as many as you want now. Better yet, you can have two different websites displayed side by side, the way you’ve long been able to before Windows 8 came along.

XBOX MUSIC REFRESH — The music streaming app now optimizes playback over discovery with a layout that has more lists and smaller photos. It also adds the ability to create playlists from any website with a couple taps. When on a website featuring artists, swipe in from the right edge and tap the Share button followed by the Music button. It will create a song playlist based on those artists, which you can then stream for free.

PICTURE EDITING — A picture editor with pre-set effects comes with the update, allowing for photo touchups, cropping, contrast changes and other features.

XBOX ONE INTEGRATION — You can pick up where you left off if you start playing a video purchased on Xbox Video on a tablet and then watch the rest on Microsoft’s upcoming game console, Xbox One.