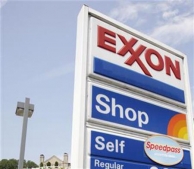 US oil giant ExxonMobil has asked Washington for permission to explore a possible acquisition of its troubled British competitor BP Plc, the British weekly Sunday Times reported, quoting sources within the oil industry.

“There have been talks at a high level, and Exxon has expressed a serious interest,” one insider said. “It is too early to talk about a bid yet, but they are clearing the way.”

The US government indicated that it would not stand in the way of any offers made by ExxonMobil and another US company reported to be Chevron, the paper said.

Takeover rumours have circulated before, given the financial pressure BP is facing in the wake of a massive oil spill in the Gulf of Mexico.

BP approached strategic investors over the last week about possible cooperations to avoid a sale of the company, according to media reports. Experts also believe that the British government would try to prevent a takeover of the long-established company.

According to the Sunday Times, BP has made progress with a plan to sell assets in a bid to bring in money for the oil spill cleanup.

It reportedly is in negotiations with the US-based Apache Corporation over the sale of 8 billion pounds (12 billion dollars) in assets, including a stake in Alaska’s giant Prudhoe Bay oil field.

Other assets on the table include BP’s stakes in the Argentinian oil producer Pan American Energy, as well as business
interests in Venezuela, Colombia and Vietnam, the paper said.

BP on Saturday launched another stop-gap measure to capture more oil from the Gulf-of-Mexico gusher, removing a defective cap as the first step in replacing it with a tighter one.

If the company manages to stem the oil leak, battered BP shares could regain traction on the markets.

But that is not likely to scare away competitors interested in pieces of the British company, as the gravity of its financial situation won’t be determined until the leak is under control.

BP is scheduled to release its second-quarter results on July 27.