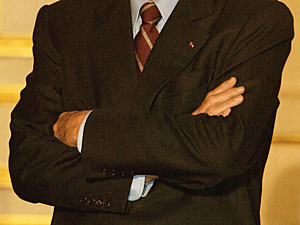 They exist throughout corporate America, in for-profit businesses and in nonprofits, in klei kodesh enterprises as well as financial. They are the office tyrants who abuse underlings, secretaries, and often coworkers. The secretaries and others who work under them are often helpless—they cope, and often barely so, by using avoidance and other workarounds.

The abuse can come in many forms: yelling, saying hurtful things, mood swings, giving hurtful looks, and much more. Office tyrants may be at the upper echelons of society. They may truly be brilliant, and hardworking assets to the community. And often, office tyrants will justify their behavior—because it keeps the office flow working.

The behavior is still an issur d’Oraisah, a Torah prohibition. The Mishnah in Bava Metziah 58b states: Just as there exists financial abuse in business dealings, there exists verbal abuse as well. The Hebrew for this sin of verbal oppression is ona’as dvarim. And the verse one violates? Vayikra (25:17): “Do not afflict one another, but fear Hashem.”

The verse includes any form of undermining self-esteem.

Public humiliation. “Miss Goldberg, this office is not your personal locker room! Please do not keep two extra pairs of shoes under your desk!”

Name-calling. “You idiot. What are you, deaf? I told you three times already to tell him that we will not move forward until he pays his past balance!”

Intolerance of error. “I thought you were smart! What is your problem?!”

Sarcasm. “Remind me? Why am I paying you again?”

Impatience. “I want it NOW! I cannot wait until you come back from your break. Do you know what NOW means?”

The Rant. “What? You dare defend yourself by saying it’s normal to make mistakes when learning something new? Once, twice, maybe. But five or six times? This isn’t normal. This is sheer incompetence! I have never had such idiots working for me. And you want to take off how many days now for yom tov? My gosh!”

Micromanaging. Interrupting employees’ work several times an hour to check up on them undermines self-esteem.

Seriousness of the issue.

The prohibition of verbal abuse is not a tiny, inconsequential prohibition. It is a very serious one, according to the Steipler Gaon, zt’l (father of Rav Chaim Kanievsky, shlita). He writes in Kreina D’Igrasa (Volume I #57): “One must know that this is a grave sin and a horrifying transgression—indeed, even causing someone light pain with mere words is a Torah prohibition.”

Forms of the prohibition.

It is clear that the pain of ona’as dvarim can come in any form. The Sefer haChinuch (Mitzvah #338) says this explicitly. (See also the language used by Rabbeinu Yonah in Shaarei Teshuvah 3:24.) The poskim say that asking for the price of something you really do not wish to buy is an example of verbal oppression, as it gives the seller false hope for a sale. If that is the case, then “false hope” in an office setting is included in the category too. In his Biur Halacha (Orech Chaim 170:19 “Guests”), the Chofetz Chaim writes that dropping in on a party toward the end may be a violation of ona’ah, because the host may be embarrassed at the lack of available food to offer. The Yereim (Mitzvah 51) also gives an example of giving a dirty look as ona’as dvarim. We see from all of these illustrations that the prohibition of ona’ah takes any form.

The Talmud (Makos 24a) demonstrates clearly that when one corrects another, he or she must do so privately, and not in public or among other coworkers. Chazal tell us that this was Yeravam’s sin, that he castigated Shlomo HaMelech in public (Sanhedrin 101b).

Not just one verse.

There is also an additional prohibition that is violated if the boss successfully embarrassed the employee or coworker. The Torah tells us of the obligation to rebuke someone who is violating a Torah mitzvah—yet the latter half of the verse indicates that we shouldn’t cause him (or her) to be embarrassed, lo sisah alav chet (Vayikra 19:17). The poskim (see the preface of Sefer Chofetz Chaim) understand the latter half of this verse as an additional prohibition not to embarrass another.

According to some Rishonim, there may even be a third prohibition. Rashi tells us that the verse concerning afflicting a widow and an orphan (Sh’mos 22:21) is only using these two scenarios as an example, but the prohibition is all-inclusive. Other Rishonim (See Rambam Hilchos Deyos 6:10), however, maintain that the verse refers strictly to widows and orphans. Yet a third group understands it to mean anyone who does not have someone looking out for them in that venue, such as a traveler or immigrant (see Ibn Ezra).

What can the victim do?

What are some practical ways of dealing with this situation? When the violator is an office tyrant, the issue is particularly troublesome, because often the victim feels stuck and has nowhere to go. It is further confounded by the fact that more often than not office tyrants do not recognize their own behavior. Secretaries and other underlings are left with several options (which can be used in combination) for averting, dealing with, or perhaps even remedying the situation.

They could privately let the office tyrant know how they feel, being careful to keep the focus on themselves rather than the misdeeds of the office tyrant. In other words, instead of saying, “You embarrassed me in public and made me feel pretty rotten,” say, “I think I could also have gotten the message if the point had been made a little more privately. Thank you for keeping this mind; I guess I am not as tough as other people.”

They could ignore the behavior or look out for triggers so as to avoid it. Humor can be an effective way of lessening the impact on oneself of abusive behavior.

They could also be sure to model the correct behavior, and to prompt better behavior by inviting suggestions of ways to correct people in the office without embarrassing them, chas v’shalom.

Alternatively, they could just hope that office tyrants will read this article and make the change by themselves. Unlikely, perhaps, but to quote the New York State Lottery, “Hey, you never know.” v