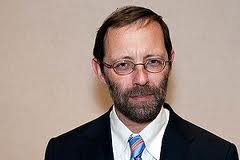 I think that Protective Edge proved that the security budget actually sabotages our security. It doesn’t help – it hurts!

This sentence must be explained.

What was the Hamas’ budget in this war? A fraction of Israel’s? Maybe 1%? So if everything is a question of money, how is it that such a huge monetary gap in our favor did not lead us to resounding victory – easy and without fatalities?

The Defense Ministry’s request for added funds has nothing to do with security. It is simply the natural desire of every establishment to preserve its size, perks, way of conducting itself and most important: the preconception that informs it.

The reason that we did not win in Gaza (upon all the long-term strategic implications of lack of victory after Tel Aviv is bombarded with rockets for a month and a half) has nothing to do with money. We did not win because we are still captive to the concept of the ‘two state solution’. Since the Oslo Accords, this concept has created an entire ‘peace industry’: Political careers, economic careers, academic careers, media careers, justice careers, international funds, high cultural life, politically correct and one-dimensional thinking: a true dictatorship. Thinking out of the box built by the Oslo and two-state architects became a death trap for any person who wished to progress in Israel’s public service. This is true first and foremost for the Prime Minister.

It is not so pleasant to talk about this, but this mental dictatorship has completely conquered Israel’s military leadership. An aspiring officer cannot progress past a certain rank if he does not toe the line. The result is that when it is necessary to scare the cabinet away from victory in Gaza, the Chief of Staff presents a slideshow that shows how conquering Gaza would take five years.

Now back to the military budget: If we do not want to win, we must somehow preserve our level of security between rounds of fighting. We must build fences, produce anti-missile systems, warning bombs for enemy civilians, anti-tunnel systems: In short, we must exchange ideology for technology.

The increased security budget is not meant to preserve our safety. The budget – beside the widespread corruption that it incorporates (government funded pensions and the like ) is meant to preserve…the concept.

The problem is that an erroneous preconception is like a balloon. You can pour more and more money into it (Oslo has cost us close to one trillion shekels to date). Ultimately, like the Maginot Line, it will collapse – leaving us without security and without money.

Thus, today’s security budget sabotages security. The more money we pour into it, the more the defense apparatus will be able to evade its responsibility to defend our security and not the preconception. Our defense problem is conceptual – not monetary.