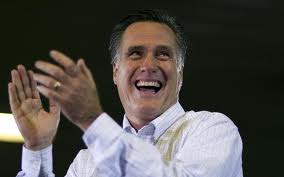 A new poll shows Republican Mitt Romney leading in Pennsylvania, a state that Republicans had all but written off just weeks ago but which is now listed as a toss up by the Real Clear Politics website.

Susquehanna Polling and Research provided The Washington Examiner with a poll it conducted for state party officials that shows Romney with a 49 percent to 45 percent lead over President Obama.

It’s the first poll to show Romney leading among likely voters in the Keystone State.

“The polling is very clear that the race is certainly up for grabs and Republicans have a tendency to never believe it,” Susquehanna President James Lee told The Examiner.

Romney isn’t spending much time or money in Pennsylvania, which hasn’t backed a Republican presidential candidate since 1988.

Every other Pennsylvania poll shows Obama ahead, though by a narrowing margin. A Quinnipiac University poll taken around the same time as the Susquehanna poll shows Obama leading Romney 50 percent to 46 percent.

Susquehanna’s automated poll of 1,376 likely voters was taken between Oct. 11 and 13, before the second presidential debate Tuesday that many saw as a comeback for Obama since his Oct. 3 showdown with Romney.

Lee said Romney has made significant gains in the all-important suburbs of Philadelphia, a ring of counties that helped push Obama to victory in 2008.

“Republicans haven’t been able to do that in 20 years,” Lee said. “Romney has made some major inroads.”

Read more at The Washington Examiner