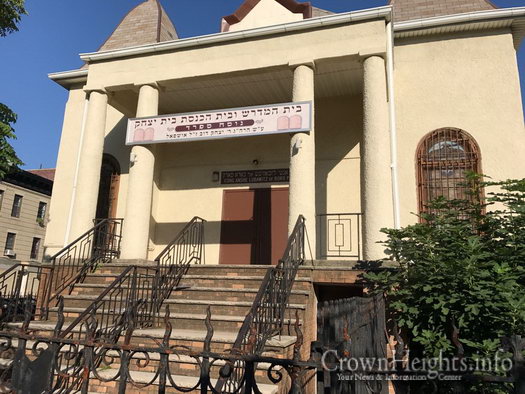 Is there no end to the madness?

Imagine a few board members of a shul inviting a new Rabbi to take over a shul – while the existing Rav – a venerable Talmid Chochom is still there. With no membership vote, and without telling anyone – the four issue the invitation to the new Rabbi and just inform the rest of the congregation that they hired a new Rabbi.

It happened, by the way, at the very same place that sold a 116 year old Brooklyn shul to a developer and scheduled it to be demolished.

Essentially, it seems that Shulchan Aruch has been displaced in the worldview of the board members doing the hiring, the firing and the shul demolishing.

True, the Rav issued a letter of resignation after they had offered the shul to another Rabbi, and after he was finally paid for two years worth of a salary, but the letter of resignation was only based upon the fact that the shul had been sold (nor, by the way, was the Rav consulted on the sale and the demolishing of it).

This author tried reaching out to the new Rabbi but did not yet hear from him. I am assuming that he may have been misled about how things had been handled – because otherwise, one can question how he could step into such a situation.

What follows is a discussion of the halacha of dismissing a Rav and the reasons for the prohibition.

The Ramah in Yoreh Deah (245:22) tells us that if a person has been established as a Rabbi in a community, he should not be removed from his position – even if someone greater has come. This is based upon a responsa of the Rivash 271. Indeed, the Ramah explains that the Rabbi’s son and grandson will always have precedence over another. The Ramah qualifies this last point that it is only when they [the descendents] fulfill the position in a G-d-fearing manner, and that they are at least somewhat scholarly.

In a place where there is a custom to accept a Rabbi for a certain period of time or where it is the custom to choose whomsoever they wish, “Hareshus b’yadam – they have that permission.” He further writes: “But if the congregation accepted him upon them.. no one else may come and be on top of him or remove him.”

The Aruch HaShulchan writes (YD 245:29) that even though the Rabbi was only hired by the town for a certain number of years, nonetheless, they may never fire him.

There are some Poskim (Ohel Moshe CM 26) who understand that this is the intent of the Ramah, since Part II B of the Ramah seems to contradict Part II A. How so? Part B seems to clearly be addressing a city where the custom is to allow hiring for specific periods of time. If so, what is this further qualification?

These Poskim state that the new Rabbi may not take over the income-producing aspects of the job that the previous person had. He may, however, take new ones (see Ohel Moshe).

The Pischei Teshuvah CM 333:6 (at the end) cites a responsa of the Chsam Sofer, who writes that the contract terms are for the benefit of the Rabbi, but not for the congregation – namely that they may never fire him, but he may leave at the end of the stipulated period if he so wishes. [He also writes that the reason for the contract years in the first place is to avoid the appearance of slavery.]

IF THE RABBI BEHAVES INCORRECTLY

Of course, this is only when the Rabbi has not stumbled terribly or behaved against Shulchan Aruch. There is no doubt that if the Rabbi is ordering pizza from Momma Leona’s in Manhattan that he can be dismissed – even within the contract term.

Rav Shlomo Eiger (Yoreh Deah 245 in his Hagaos) writes that when the Rabbi is performing his function in a grossly improperly manner, then he may also be removed, but only after warning. He writes that if the Beis Din did warn him and he scoffs at the warning, then in fact, he should be removed. This view is also found in the responsa of the Meishiv Davar (Siman 10) that if a Beis Din is convinced that he is functioning in his position in an irreverent and mocking manner, he is to be dismissed.

The idea may seem somewhat counter-intuitive to the reader – that the Rabbi cannot be dismissed even after his contract expired and has an implicit “life-time” contract, so to speak. Nonetheless, the import of the Gemorah in Brachos 28a is clearly in accordance with this notion. There, Rabban Gamliel was dismissed by the academy because of his inappropriate back and forth with Rabbi Yehoshuah. Rabbi Elazar Ben Azariah was hired in his stead. Yet when Rabban Gamliel was reinstated, they could not merely dismiss Rabbi Elazar Ben Azariah. They thus retained him for one week out of the month, as the Gemorah clearly states there.

WHY THE IMPLICIT “LIFE-TIME” UNDERSTANDING?

What is the rationale for this life-time contract clause understanding? It seems that there is a three way debate as to the source of this notion. We will examine all three views, that of the Rambam, the Mabit, and the Rivash.

The Rambam (Hilchos Malachim 1:7) writes that it is based upon a verse in Dvarim (17:20) that a position of leadership is one that should continue. Although clearly the verse refers to a monarch, the Rambam writes that it refers to all leadership positions in Israel. The Ritvah and Rambam in Makos (end of chapter two) concur with this view, which is based upon the Sifrei on that verse regarding the words “B’kerev Yisroel.” So, succinctly, the Rambam’s reason is that leadership needs to be empowered and the Torah did so for the Rabbinate as well.

The Mabit (Volume III #200) writes that one may not fire the Rabbinic leader as a kal vachomer (a fortiori argument) from the fact that since it is a position that he may bequeath to his son, it is a kal vachomer that it may not be removed from him against his will. The Mabit seems to understand it as a right that is owned by the Rabbi, very similar to a civil right.

The third opinion is found in the responsa of the Rivash (#271). He writes that it is on account of the principle of maalin bakodaish v’ain moridin (See Shabbos 21b) – we only lift up things in matters of Kedusha and we do not lower. This view is also espoused by the Vilna Gaon (YD 245:39). This third reason deals with issues of Kedusha – holiness.