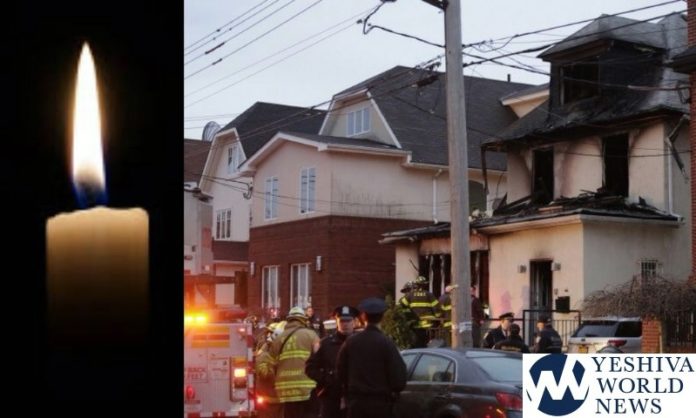 With a heavy heart, YWN regrets to inform you of the Levayos for victims of the Flatbush tragedy.

As YWN has been reporting, a fire took the lives of a mother and three children early Monday morning.

The Levaya will be held at 7:00PM (tonight – Monday) at Beit Knesset “Sheves Achim”, located at Avenue T and East 7th Street in Flatbush.

The Niftarim will be flown on a midnight flight to Eretz Yisroel for Kevura.

The FDNY at a press conference at 12:00 noon on Monday [SEE VIDEO BELOW] spoke about the heroic actions of the father who saved two of his children, currently hospitalized in the Staten Island Burn Center. The father attempted to reenter the home a second time to save the rest of the family, but was unfortunately unable to do so.

The FDNY says that it appears that the smoke alarms were working – which in fact saved the life of the two boys who were on the first floor (son Avraham, and a cousin who was sleeping there). Additionally, the possibility that this was caused by a Menorah is being looked at closely by Fire Investigators.

The 13 year old son Avraham has not been hospitalized and is B”H ok.

See what Yosi Azan posted in Facebook after the Sassoon tragedy. 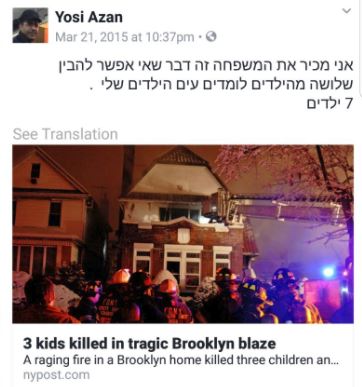