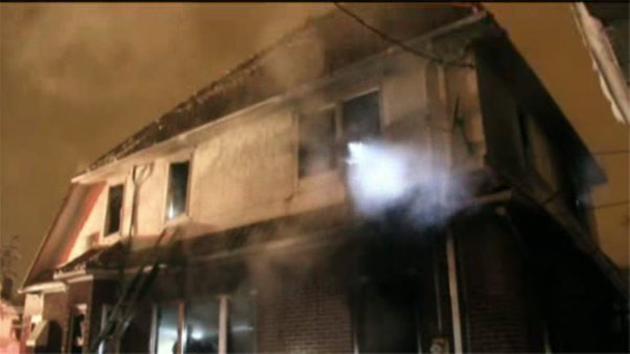 An unfathomable and absolutely horrific tragedy struck the Flatbush Jewish community over Shabbos, when seven children in one family were R”L killed in a fire.

Fire officials say that the fire tore through their Brooklyn home after they had gone to bed, a tragedy that authorities believe was caused by a malfunctioning hot plate left on for Shabbos.

The blaze took the lives of three girls and four boys – ages 5 to 16 – and left their mother and another child in critical condition. Fire officials said the flames would have prevented the mother, who escaped out a window, from trying to rescue her children. The mother and daughter and in need Rachmei Shomayim and their names for Tehillim are Gila bas Tziporah and Tziporah bas Gila. 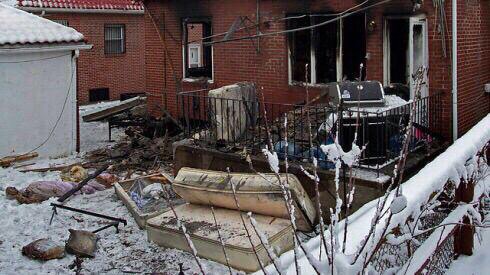 “This is an unbelievable tragedy,” Mayor Bill de Blasio said after touring the charred residence. “Every New Yorker is feeling this pain right now.”

Fire investigators believe a hot plate left on a kitchen counter ignited the flames that raced up the stairs, trapping the children in their second-floor rear bedrooms, Fire Commissioner Daniel Nigro said.

Police officials identified the victims as members of the Sassoon family. Three of the children were girls: Eliane, 16, Rivkah, 11 and Sara, 6. Four were boys: David, 12, Yeshua, 10, Moshe, 8 and Yaakob, 5. 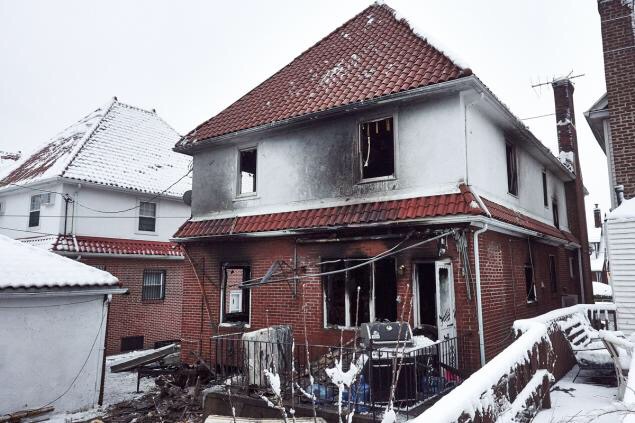 Nigro said authorities believe the father was away at a conference at the time of the fire. Neither his name nor those of the survivors were released.

The fire broke out shortly after midnight while the children were asleep in five bedrooms in the rear of the home in Midwood, a tree-lined section of Brooklyn known for its low crime and close-knit Orthodox Jewish population.

Karen Rosenblatt, who lives nearby, said she called 911 after being awoken by her husband Andrew when he saw flames and smoke bellowing from the home. The husband said also he heard “what seemed like a young girl scream, ‘Help me! Help me!'”

Firefighters arrived less than four minutes after the 911 call to find the mother, badly burned and distraught, outside and pleading for help. When they broke in the door, firefighters encountered a hopeless situation — a raging fire that had already spread through the kitchen, dining room, common hall, stairway leading upstairs and the rear bedrooms.

“Unfortunately, the outcome may have been determined before they arrived,” Nigro said.

After making their way through intense smoke and heat, firefighters found the young victims motionless in three of the four bedrooms in the home, officials said.

“It’s difficult to find one child in a room during a search,” Nigro said. “To find a houseful of seven children that can’t be revived …”

Karen Rosenblatt described hearing windows breaking before seeing firefighters throwing mattresses out of a back window.

Fire investigators found a smoke detector in the basement of the home. But none were found elsewhere in the house, Nigro said, adding, “To hear a smoke detector two floors below is asking a lot.”

Misaskim worked through the night to ensure proper Kavod Hameisim, and were greatly assisted by the NYC Medical Examiner, the NYPD and the FDNY. The Levaya details were not yet available. 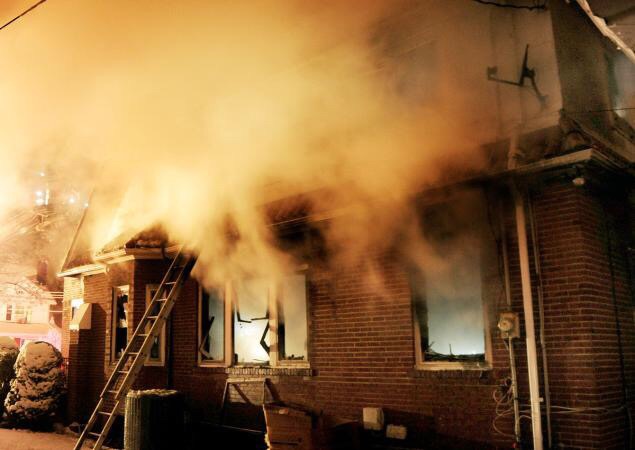 By Saturday afternoon, the fire department had set up a table on the corner of the block and distributed pamphlets reminding residents they should have smoke detectors.

Many other neighbors who spoke to reporters declined to give their names, but expressed sorrow over the loss.

The last residential blaze with a similar death toll happened in 2007, when eight children and an adult were killed in a fire in a 100-year-old building in the Bronx where several African immigrant families lived. Fire officials said an overheated space heater cord sparked that blaze.