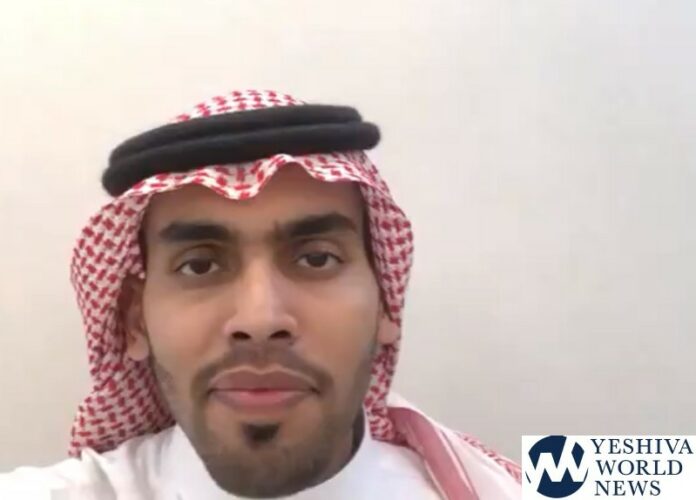 His first song is Jewish piyyut known as Agadlecha, that is sung by Sephardim, and was composed by the Ibin Ezra in the 11th Century.

On the post he uploaded Saud wrote, “Rosh Hashanah is approaching, the day of Judgement.”

He then uploaded a second song and said “This is for my Ashkenazi friends”, and began to sing “Ohila La’keil”, composed by Rabbi Hillel Paley.

As YWN previously reported, Suad, a young man from the Saudi Arabian Capital of Riyadh has publicly stated his support for the State of Israel, the Prime Minister of Israel and even Rabbi Amnon Yitzchak, whose show, Suad claims he watches consistently.

Saud, who speaks Hebrew, publicly backs Prime Minister Binyamin Netanyahu, as seen frequently in his twitter messages. He also has an Israeli flag on his blog.

He visited Israel this summer, and was verbally attacked by Palestinians when he visited the Har Habayis.