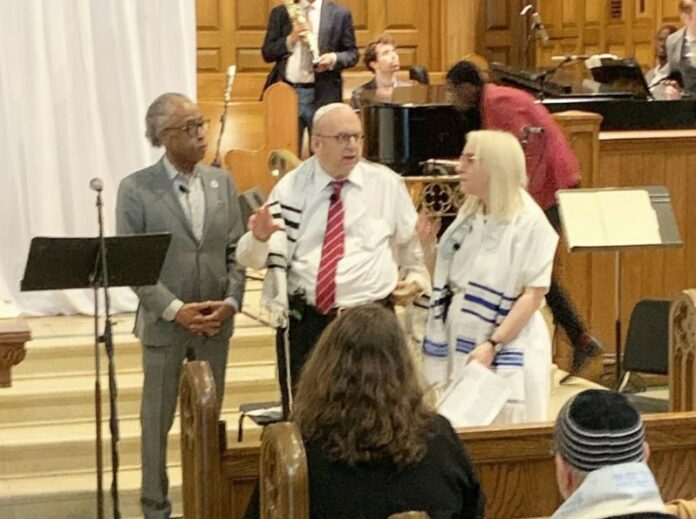 The “Reverend” Al Sharpton, the vile anti-semite, who fueled the Crown Heights riots more than two decades ago, was honored with delivering a speech at a NYC “synagogue” on Rosh Hashanah.

Sharpton posted the attached photo on his Facebook page, and wrote “Being presented to speak at the Rosh Hashanah Services of the East Side Synagogue by Rabbi Perry Berkowitz and Rabbi Leah Berkowitz”.

YWN will remind our readers that Al Sharpton wasn’t always an unrepentant MSNBC star, and first-in-line to agitate a racial situation anywhere in the country. Twenty-seven years ago a tragic car accident in Crown Heights Brooklyn escalated into a pogrom against the Jewish people. The media usually gives it a politically correct description: “violence between the area’s Blacks and Jews.” But the violence was not two-sided. The Crown Heights riot was an attack on the Jews by the neighborhood’s Caribbean community, fueled in large part by Al Sharpton, the “Reverend” who does not believe in the commandment about “bearing false witness.” 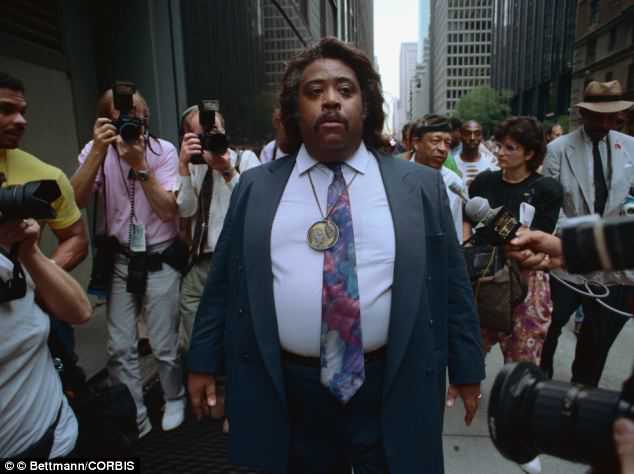 On the third day following the tragic Crown Heights car accident, Sharpton joined Sonny Carson and led a march. The marchers proceeded through Crown Heights, carrying anti-semitic signs and an Israeli flag was burned. Rioters threw bricks and bottles at police; shots were fired at police and police cars were pelted and overturned, including the Police Commissioner’s car.

Last year, Sharpton was given the podium alongside Mayor DeBlasio at an interfaith rally to Honor Pittsburgh Synagogue massacre victims. 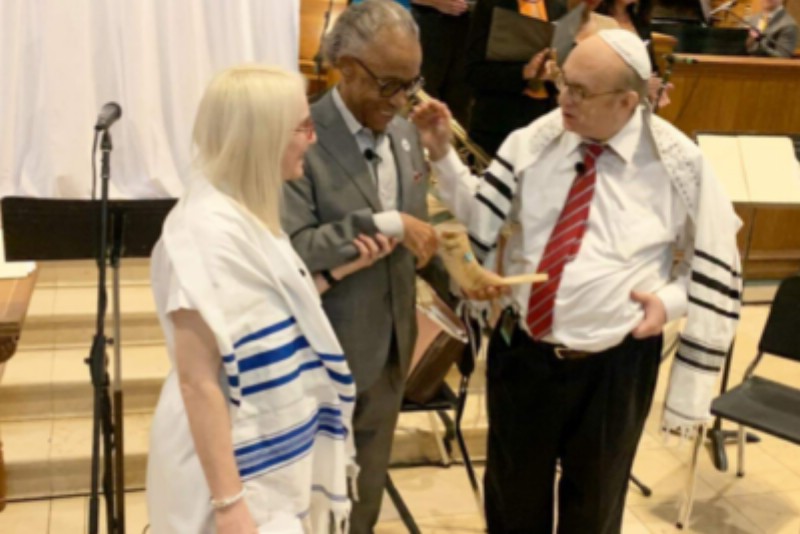 A petition was started online to have the Synagogue apology to the family of Yankel Rosenbaum HY”D.