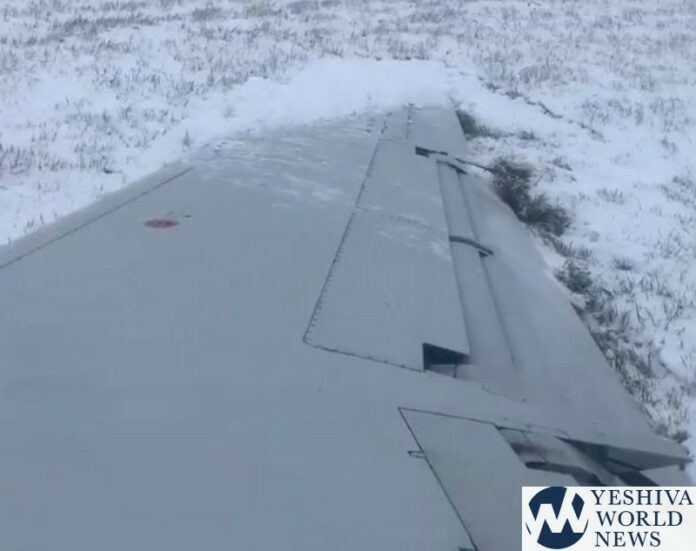 A plane slid off the runway on Monday morning at Chicago O’Hare International Airport amid hazardous weather conditions. No passengers were injured during the scare.

“After landing, American Eagle flight 4125, operated by Envoy Air, slid off the runway due to icy conditions at Chicago O’Hare,” An American Airlines spokeswoman said in a statement: “No injuries were reported. All 38 passengers and three crew members were deplaned from the aircraft and are now safely back in the terminal.”

Twitter users circulated footage of the incident, which shows the plane skidding into the median and its right wing tip scraping the snow-covered ground. Once it comes to a stop, a woman can be heard saying, “I think we landed!”

Nearly 400 flights have been canceled into and out of O’Hare Monday, and more than 450 have been delayed, per FlightAware.