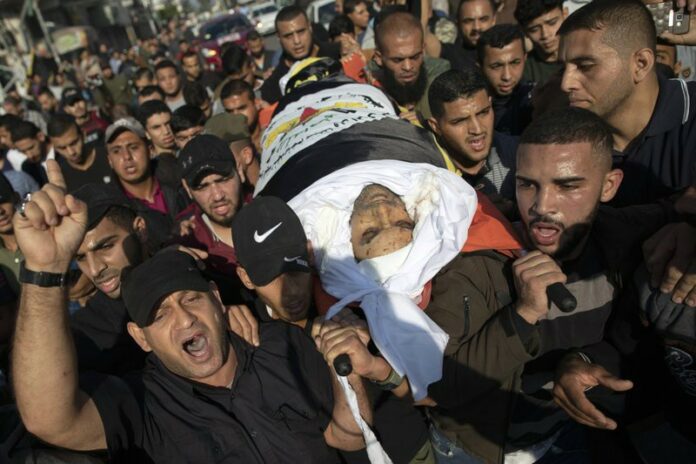 Baha Abu al-Ata was one of the top leaders of Islamic Jihad in Palestine (PIJ), which is funded by Iran, and was behind several attacks on Israel this year, including rocket strikes on Israel’s south in August, April and September.

A Jerusalem Post report on Tuesday clarified why Israel decided it was so important to eliminate Abu al-Ata. Although Hamas rules Gaza, PIJ is the second-largest terrorist group and acts independently of Hamas, often escalating tensions on its own initiative. The IDF said that PIJ tries to maintain a low profile to achieve its real aim of undermining a ceasefire between Hamas and Israel.

Furthermore, as the Jerusalem Post wrote: “Hamas is no longer the number one threat in the Gaza Strip.” PIJ has carried out violent attacks on IDF soldiers at the weekly “March of Return” protests by the Gaza border. One of those attacks led to the death of an IDF soldier when St.-Sgt. Aviv Levi was hit by sniper fire from Gaza last summer. Other IDF soldiers were also hit by sniper fire perpetrated by PIJ but fortunately were only lightly wounded.

Ata has not only engaged in perpetrating rocket attacks against Israel, sniper fire against IDF soldiers, escalating tensions between Israel and Hamas but also used Iranian funds to manufacture weapons and upgrade long-range rockets with the goal of attacking the heart of central Israel.

Iran supplies Islamic Jihad with training, expertise and money, but most of the group’s weapons are locally produced. In recent years it has developed an arsenal equal to that of Hamas, with longer-range rockets capable of striking central Israel’s Tel Aviv metropolitan area.

Though the militant group’s base is Gaza, its leadership is also based in Beirut and Damascus, where it maintains close ties with Iranian officials. Another alleged Israeli missile strike on Tuesday targeted Akram al-Ajouri, one of its top officials in Syria.

“He is the real direct connection between Islamic Jihad and Iran, on the one hand, and the person who gives instructions to the Gaza Strip on the other hand,” said Giora Eiland, a former head of Israel’s National Security Council.

Baha Abu al-Ata will not be missed.