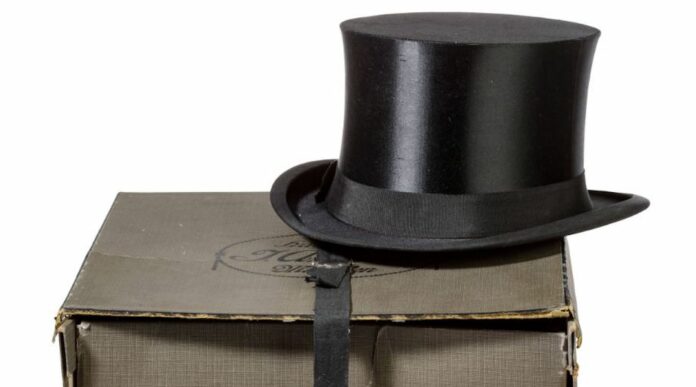 A prominent Lebanese businessman living in Geneva, Switzerland spent 545,000 euros ($601,000) to purchase Nazi memorabilia from an auction house with the sole purpose of preventing the items from reaching the wrong hands.

The story began when Hermann Historica, an auction house in Munich, Germany advertised an auction for Nazi memorabilia earlier this month, including items that belonged to Hitler, Hess, Göring and Himmler.

When news of the auction spread, a storm of criticism arose from various entities in Germany, especially from the Jewish community. European Jewish Association chairman Rabbi Menachem Margolin wrote a letter to the auction house, asking them to cancel the auction, saying that selling such items is morally reprehensible.

Nevertheless, the auction house held the auction as planned last week and it was reported on Sunday that Abdallah Chatila, a diamond and real-estate magnate purchased all the items related to Hitler to prevent neo-Nazis from obtaining the items.

Chatila, who was born in Beirut to a Christian Lebanese family and is now one of the wealthiest residents of Switzerland told a Swiss newspaper that: “Far-right populism and anti-Semitism are spreading all over Europe and the world, I did not want these objects to fall into the wrong hands and to be used by people with dishonest intentions.”

Chatila also said in an interview with Ynet that Rabbi Margolin’s calls to cancel the auction caused him to realize that the best way to prevent the items from reaching the wrong hands was to buy them himself.

“I realized that the only way to prevent the items from reaching the wrong people was to purchase as many of them as possible. When I saw the list of items I saw that it was very long and I decided to buy only the ones directly related to Hitler. It was complicated to carry out the purchase because I decided to do it only 24 hours before the auction opened and it was difficult to reach someone at the auction house. I called many times and sent emails. They checked my identity to ensure that I wasn’t a Nazi or Nazi supporter.”

“I think that Rav Margolin tried to prevent evil from spreading and I tried to assist him in this. We both helped each other in that we were focusing on the same issue and we succeeding in doing the correct thing. If I hadn’t heard Rabbi Margolin’s call to cancel the auction, I wouldn’t even have known about it. I don’t think my money was wasted.”

Chatila said that he is giving the items to Keren Hayesod, one of Israel’s national organizations which is also active abroad. He added that he won’t interfere with the organization’s decision about what to do with the items. “It’s important to use the items to stand up against Holocaust denial, to show children that Hitler existed and his evil was completely real,” Chatila said.

The items that Chatila purchased included a top hat worn by Hitler, as well as his silver cigar box, ashtray, framed photographs, his cutlery and serving utensils and the typewriter used by his secretary to record his speeches. Chatila also bought a luxury edition copy of Mein Kampf which belonged to Nazi leader Hermann Göring with a personal dedication written by Hitler and letters sent to Hitler, which alone cost 13,000 euros.

Rabbi Menachem Margolin responded to Chatila’s actions, saying, “We believe that selling such items is morally unjustifiable and it seemed, given the uproar and outrage that led up and following the auction and acres of media coverage, that we were not alone.”

“We were not prepared however, in this cynical world in which we live, to expect an act of such kindness, such generosity and such solidarity as demonstrated by Mr. Chatila. It is clear he understood our aggravation and hurt at the sale, and decided to do something about it in a way that nobody foresaw. We greatly appreciate his understanding that such items have no place on the market, and should ultimately be destroyed. But that he chose to give the items to Jews shows a remarkable conscience and understanding.

“We thank Mr. Chatila on behalf of our Association, our members and the hundreds of communities that we represent. Additionally, we are inviting him to attend an upcoming delegation to Auschwitz that we are organizing for 100 MPs from across the continent to see and learn first-hand where the Nazi ideology leads. Mr. Chatila’s inspiring act is a story that deserves to be told at the highest levels, and we invite him, as our guest, to do so there where we will present him with an award for his act.”

“The example set by Mr. Chatila is one that deserves as much attention as possible, we thank him from the bottom of our hearts for showing the world that an act of righteousness such as this has the power to literally and metaphorically burn the dark Nazi past away.”

TAP TO THANK THIS HERO! A Lebanese businessman living in Switzerland has offered Adolf Hitler’s top hat and other former possessions to the Israel-based Keren Hayesod, an umbrella body for pro-Israel fundraising in Diaspora Jewish communities. Abdallah Chatila, who made his fortune in diamonds and real estate in Geneva, said he had bought the items at a controversial auction in Germany last week in order to keep them out of the hands of neo-Nazis. Chatila spent 545,000 euros ($601,000) on 10 lots at the Wednesday auction in Munich by the German auction house Hermann Historica, including a top hat worn by Hitler, his cigar box and typewriter, as well as a luxury edition of his book “Mein Kampf” embossed with an eagle and a swastika that belonged to the Nazi leader Hermann Goering, one of Hitler’s chief lieutenants.