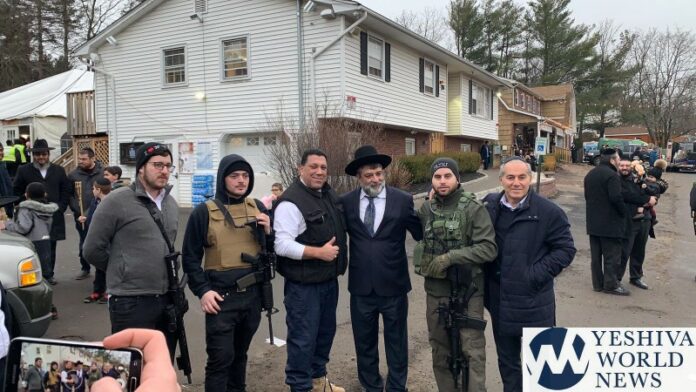 Should Orthodox Jews be armed like this? Assault rifles? Handguns quietly hidden in their pants? No guns at all? Hire armed guards to protect our Shul’s? What do you think? Sound off in the comments below.

These photos and videos were taken on Sunday afternoon at the Hachnosas Sefer Torah at Scheiner’s Shul in Monsey, just nearby where the attack last night took place at Rabbi Rottenberg’s Shul.

Following the shooting attack at the synagogue in Pittsburgh in 2018, YWN published a Halachis Analysis and article by Rabbi Yair Hoffman about why every Shul must have an armed guard.

Earlier today, there was a shooting inside a church in Texas. The first video below was taken inside that church.

See why every single Shul should have an armed guard:

VIDEO MAY BE DISTURBING TO SOME – VIEWER DISCRETION IS ADVISED: 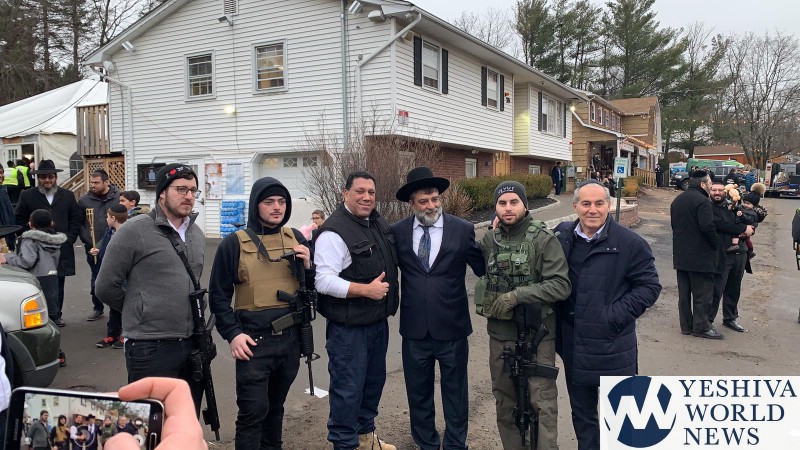