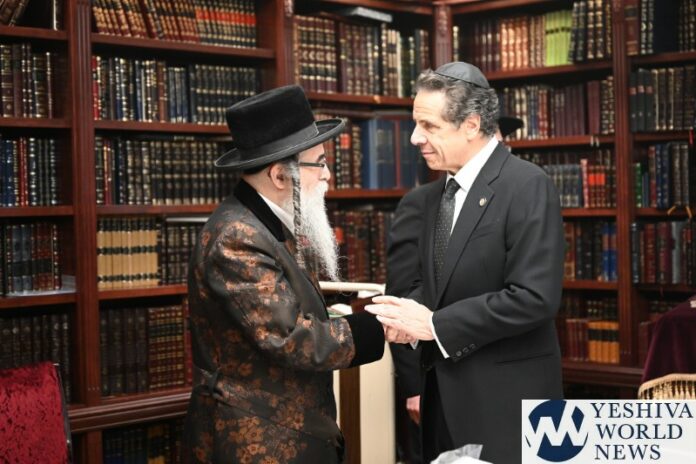 Statement from Mr. Naftali Silberberg, Secretary, Congregation Netzach Yisroel on behalf of Rabbi and Rebbetzin Rottenberg, their family and the entire Congregation:

First and foremost, we would like to publicly proclaim our thanks to the One Above who performed a modern-day Chanukah miracle. Last night’s brutal attack sent shock waves through our community and around the world; yet, with G-d’s help, the casualties were less extensive than what might have been. Our hearts and prayers are with all those who were injured, especially the elderly congregant who remains in critical condition at this time.

We would like extend our deepest appreciation to the myriad emergency response crews, police and official dignitaries, including local, state and federal officials who sprang into action with impressive readiness,

Our thanks to Governor Cuomo whose visit this morning made the vital public statement that action against hatred will be swift. Israeli consul general in NY, Ambassador Danny Dayan’s warm words of encouragement and support underscored the message that Jews around New York and around the world stand united as one.

Following last night’s attack, Rabbi Rottenberg continued with his weekly Sabbath closure ceremonies known as Melave Malka. With singing and dancing the Rabbi and his congregants declared their gratitude for the lives saved and exemplified the message of ‘we will persevere’. “I thank Hashem for the open miracles we saw last night. Though we must all take the precautions that have unfortunately become basic security necessities – locking our shul and school doors and having an emergency preparedness plan – we will forge forward in faith and thanks that we continue to live under G-d’s ultimate protection.”