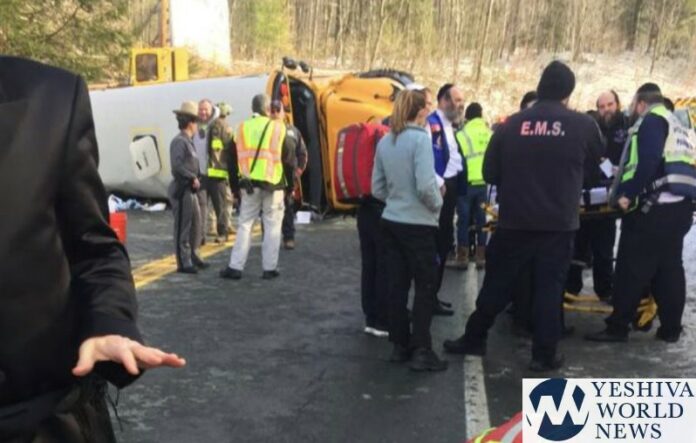 Catskills Hatzolah along with multiple ambulances from MobilMedics responded to the scene at around 1:30PM, just off Route 17 at Exit 114 by Bloomingburg Road and Mamakating Road.

Initial reports stated that as many as 20 boys were on the bus.

At least 13 victims were transported to hospitals. Three of them are potentially unstable, with 2 at Orange Regional Hospital, and one going to Westchester Trauma Center. Most transports were by Hatzolah, with some via MobileMedics.

The cause of the crash was unknown, and the NY State Police was on the scene. 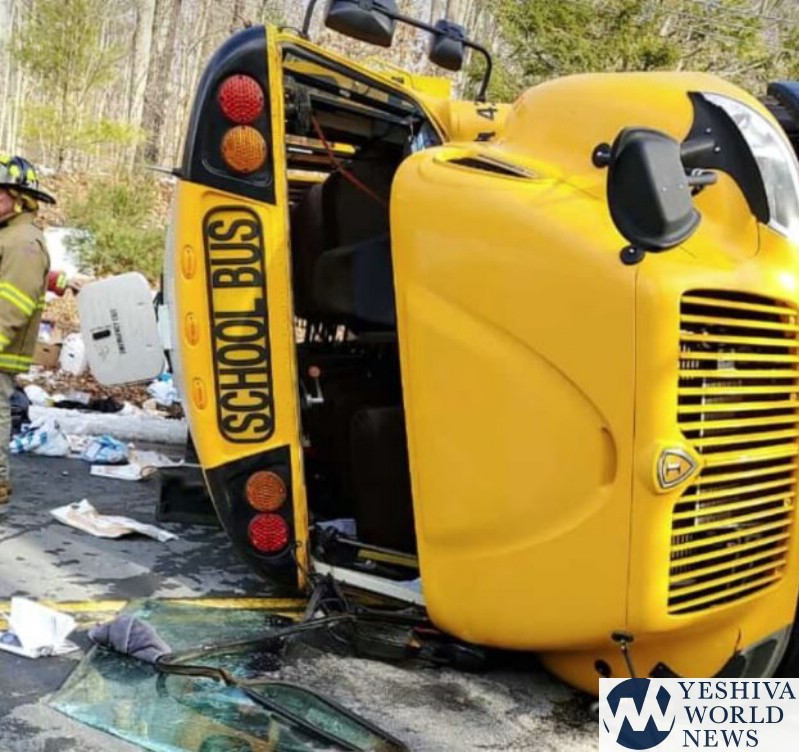 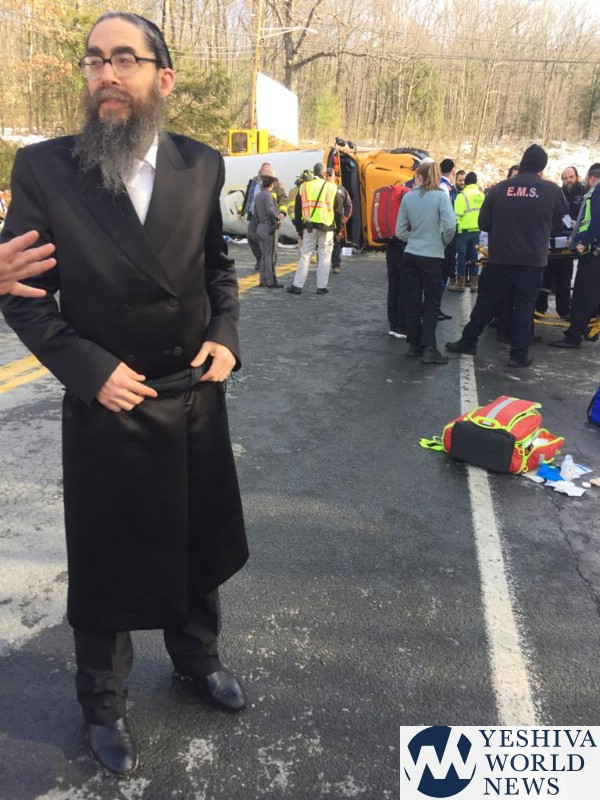