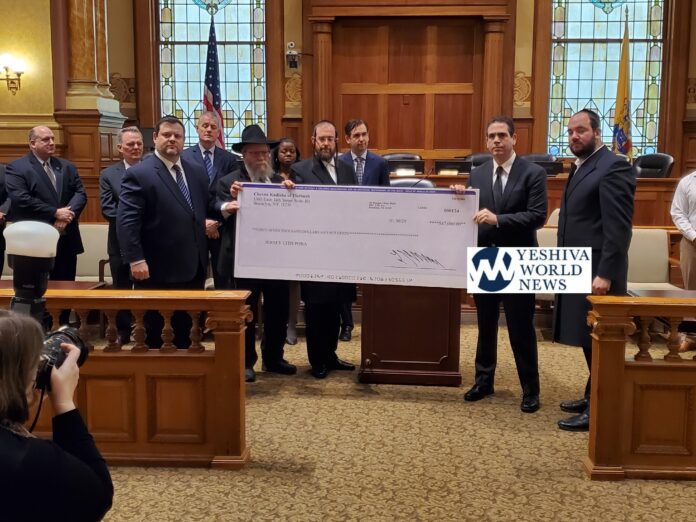 A check of nearly $50,000 organized by YWN using The Chesed Fund was presented on Tuesday to the family of fallen Hero Jersey City Detective Joseph Seals.

In just a few hours hours, the Jewish community raised a whopping $47,000 for the family of Detective Joseph Seals, an 18 year law enforcement veteran and married father of five who was tragically murdered in the Jersey City attack on Tuesday December 10.

Around 1,400 generous donors opened their pockets and donated – to a fund on The Chesed Fund platform – to show their support to law enforcement – and Detective Seals in particular.