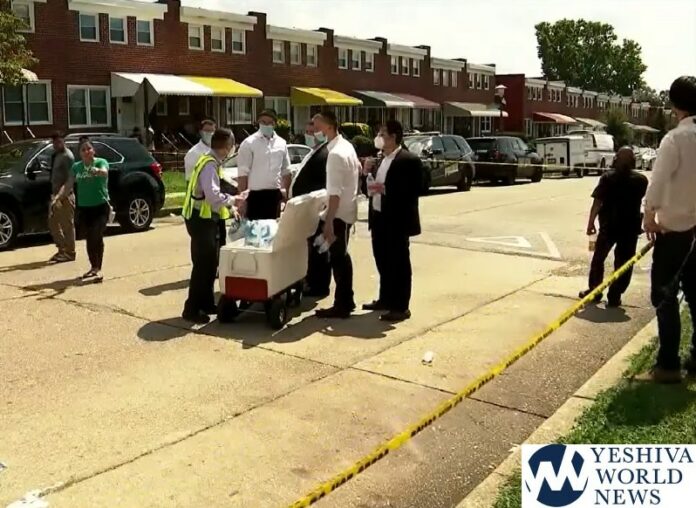 The Baltimore Jewish community made a Kiddush Hashem on Monday, following the tragic explosion which left one person dead and others with serious injuries.

Dozens of community members were on the scene handing out cold water and slices pizza to local residents effected, as well as emergency personnel (Fire, Police, EMS etc).

Their acts of kindness made headlines, and the attached video is from a local TV report.

The natural gas explosion destroyed three row houses, and a fourth house in the row was ripped open, and windows were shattered in nearby homes, leaving the northwest Baltimore neighborhood of Reisterstown Station strewn with glass and other rubble.

No gas odors were reported prior to this morning’s event and BGE did not receive any recent gas odor calls from the block of homes that were damaged, it said in a statement late Monday.

BGE said it responded to the scene at the fire department’s request to shut off all gas and electric service to make the scene safe. BGE has canvassed the area and found no current readings of gas. A statement from the utility said it will conduct an investigation of its equipment in the area.