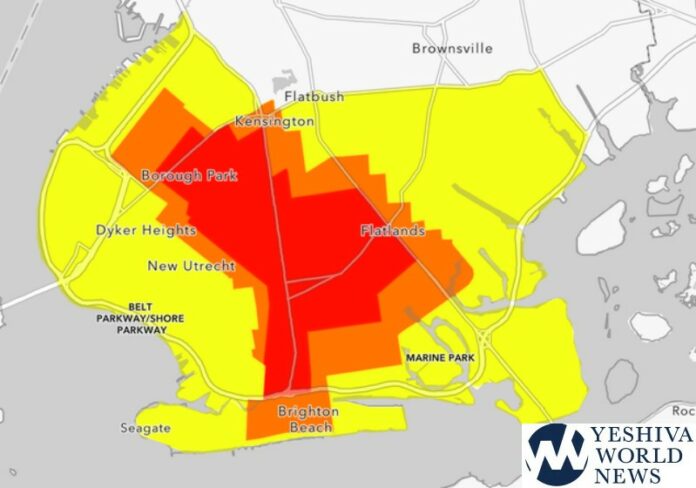 NY Gov. Andrew Cuomo says New York is shifting to a micro-cluster strategy to slow the spread of the coronavirus.

Neighborhoods considered in the red zone will get targeted testing and ramped up enforcement of restrictions.

Cuomo said that targeting coronavirus would no longer be at the statewide or regional level, but “block-by-block.”

“For fall we are going to deploy a micro-cluster strategy. We have been targeting all our actions either … statewide … or we reopened on a regional level. We are now going to analyze it block-by-block,” he said. “We have data so specific that we can’t show it because it could violate privacy conditions. We know exactly where the new cases are coming from.”

The Governor said this approach will allow businesses to reopen once the clusters on their block are controlled. He also said that with contact tracing, the state will be able to identify exactly where the cases are coming from, and which businesses or places are not contributing to the spread.

Once a block with a high infection rate is designated, the governor said an increase in testing would take place with stricter enforcement. Cuomo has repeatedly blamed a lack of enforcement for the rise in cases in Brooklyn and Queens.

“If there’s a cluster it means there wasn’t compliance,” he said.

Cuomo has not yet said when he will lift restrictions in coronavirus hot spots. Mayor Bill de Blasio has said cases appear to be leveling off.

The positivity rate in coronavirus red zones has dropped slightly to 4.34 percent, while the state’s overall infection rate remains low, at 1.1 percent, with over 1,500 new cases.
The governor also announced that movie theaters outside the five boroughs, including in Westchester and on Long Island, will be allowed to reopen on October 23 at a limited capacity and with many new restrictions in place. Theaters will be permitted to operate at no more than 25% capacity, with a maximum of 50 people per screen. There are still no reopening plans for cinemas in the city.

Cuomo also called on the federal government to help the states plan for vaccine administration. He compared the lack of instruction and support to the beginning of the pandemic, when President Donald Trump left enforcement and restrictions up to each state.

“Let’s not make the mistakes that we made in the beginning of this. ‘Well the states will figure this out,’ it didn’t work. This is a massive undertaking. What is the federal government actually going to do besides say here are the dosages, make it work,” Cuomo said.

The governor said that when a vaccine is ready, a New York task force will review it to make sure it’s safe for use. He’s calling on the president to create a plan to help administer the vaccine to New Yorkers in the most efficient way.