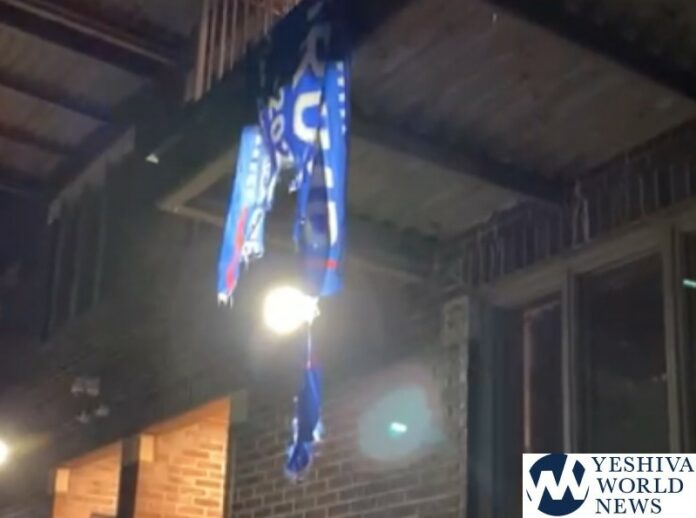 A man pulled down a Trump flag that was on a Jewish-owned home in Crown Heights overnight. He then returned for the second flag.

A passing Jewish resident confronted the man, which did not appear to phase the vandal. Instead, the vandal pulled out his phone and appears to video the retreating Jewish man in the backdrop of the torn down flag, which he then throws to the floor and stamps on.

Video from nearly an hour later shows as the vandal returns, this time without a mask. The vandal can be seen as he attacks the second flag, flailing it with a plank of wood with protruding nails as two neighboring girls flee in fright. After ripping the second flag, the vandal triumphantly throws the wood to the ground and runs off.

The home had previously been targeted for it’s Trump pride, with another flag having been vandalized previously.