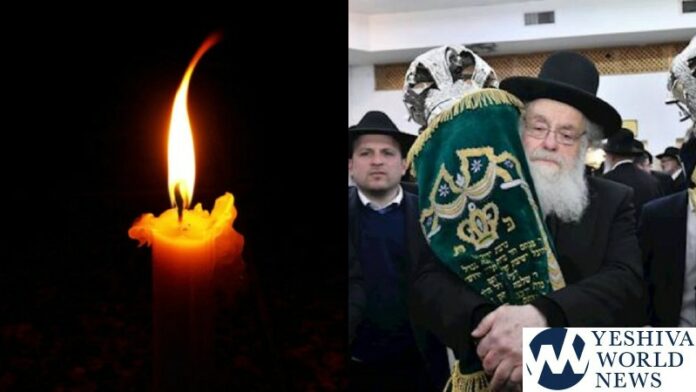 Yeshivas Kol Torah was engulfed in mourning on Motzei Shabbos when the bitter news reached the yeshivah of the petira of HaGaon HaRav Shalom Povarsky, who served as one of the yeshiva’s Roshei Yeshivah for decades.

The Rosh Yeshivah, z’tl, 85, was taken to Hadassah Ein Kerem on Wednesday due to breathing difficulties caused by the coronavirus. His condition deteriorated and at the end of the week, he was sedated and ventilated and on Shabbos, he was niftar.

HaRav Povarsky was born in Europe, the youngest son of the late Rosh Yeshivah HaGaon HaRav Yehoshua Dovid Povarsky, z’tl, Rosh Yeshivas Ponevezh and author of Yeshuas Dovid. When he was four he moved with his parents to Eretz Yisrael.

As a bochur, HaRav Povarsky learned in Ponevezh. After he was married, he served for years as a Rosh Mesivta in Yeshivash Be’er Yaakov before becoming one of the Roshei Yeshivah of Ponevezh.