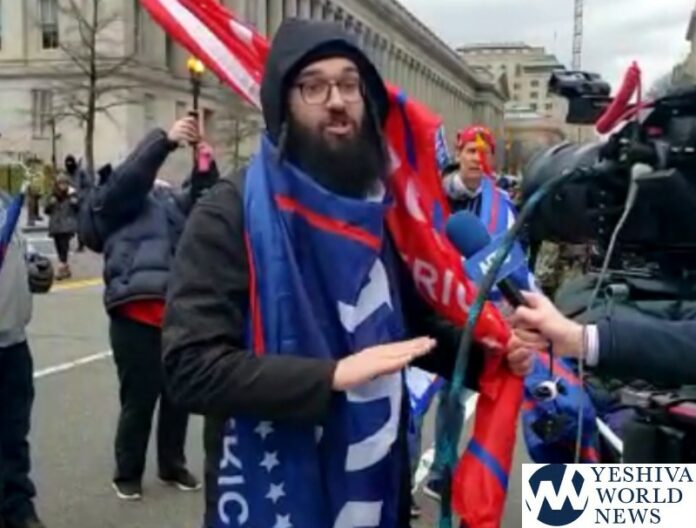 While marching on Pennsylvania Avenue on Wednesday, a Hasidic man from Monsey spoke to the media.

While draped in numerous Trump flags, the man told the cameras: “Make sure to fight. Because if we’re not gonna fight, It’s over”.

When asked about Trump’s speech delivered just before the violence started, he said “I heard him saying that we’re gonna fight back. We’re gonna take it back.”

His message to all Lawmakers: “They should all go home and resign. And leave us alone. We pay their taxes. We pay their salaries. And they don’t give us nothing. Go home! We have alot of people, young men and women that are ready to work for the country.”

“And me being from a minority group, I feel it for the last year. We have to wake up. If we don’t wake up today, you’re not gonna have a chance. It’s gonna be over.”

WATCH THE FULL CLIP BELOW