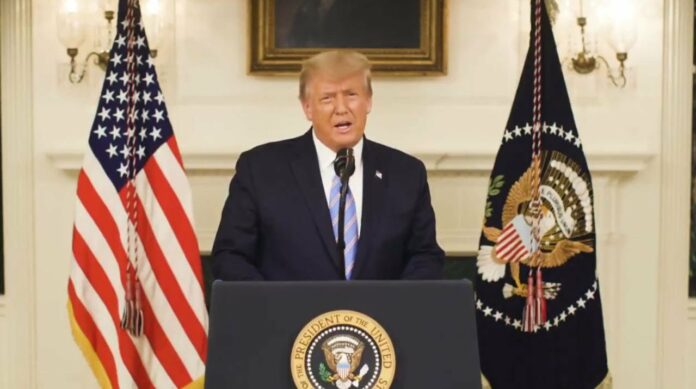 In his first public statement since Wednesday, President Trump signaled that he is ready to accept President-elect Joe Biden’s victory in the 2020 presidential election.

“Now Congress has certified the results. A new administration will be inaugurated on Jan. 20th. My focus now turns to ensuring a smooth, orderly and seamless transition of power. This moment calls for healing and reconciliation.”

Trump said he was “outraged” by individuals who participated in the violence at the US Capitol. He noted that those who broke the law “will pay.”

“America is and must always be a nation of law and order,” Trump said. “The demonstrators who infiltrated the Capitol have defiled the seat of American democracy. To those who engaged in the acts of violence and destruction, you do not represent our country.”

Trump also addressed the state of his challenge to the election results. He said his campaign “pursued every legal avenue” and called for reform to promote election security.