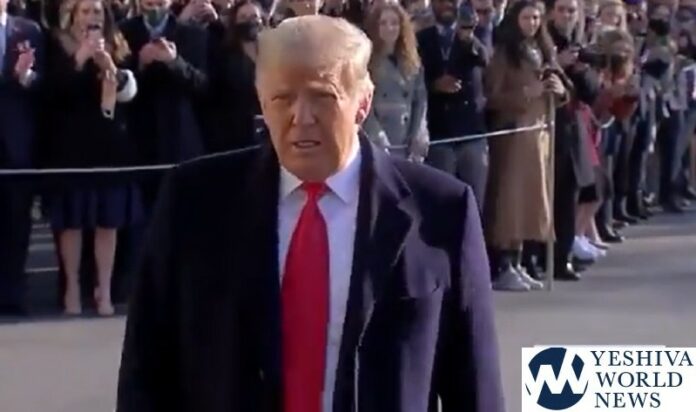 President Trump railed against impeachment as a continued “witch hunt” and called for “no violence” in his first public remarks to reporters after the insurrection he incited at the US Capitol last week.

One day before House lawmakers are expected to vote to impeach him for the second time, Trump called the process “dangerous” and said it is causing “tremendous anger.”

“On the impeachment, it’s really a continuation of the greatest witch hunt in the history of politics. It’s ridiculous, it’s absolutely ridiculous. This impeachment is causing tremendous anger, and you’re doing it and it’s really a terrible thing that they’re doing,” he told reporters on the White House South Lawn Tuesday morning.

Trump said his suspension from social media platforms was causing “anger” and that he continues to enjoy “tremendous support.”

“I think that big tech is doing a horrible thing for our country and to our country,” he told reporters before boarding Air Force One at Joint Base Andrews in Maryland.

“I think it’s going to be a catastrophic mistake for them.”