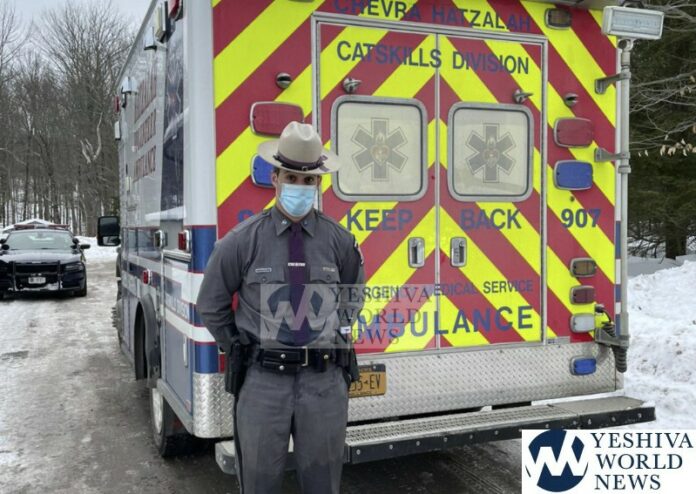 Thanks to a persistent NY State Trooper, a missing girl was miraculously found in a forest, Sunday afternoon.

Sources tell YWN that Catskills Hatzolah and the NY State Police were called to a report of a missing teenager in the White Lake area. Upon arrival, first responders learned that a 16-year-old girl was missing in a heavily wooded area – with at least two feet of snow in many places.

The search began, NYSP Zone Sergeant Hafele deployed a drone, while Trooper Nicholas D’Angelo of the New York State Police Liberty barracks began walking into the forest. Eye-witnesses tell YWN that the forest was covered in snow, and D’Angelo walked for hours, never relenting despite the snow and cold. Eventually, his persistence paid off, and he located the freezing cold girl sitting on a snow-covered rock – a few miles into the forest.

She was extricated back to the staging area, where a warm Catskills Hatzolah ambulance was waiting.

Members of the search team told YWN that she never would have survived the night if not for this brave State Police hero.

She was taken to Orange Regional Medical Center for treatment, and was in stable condition. 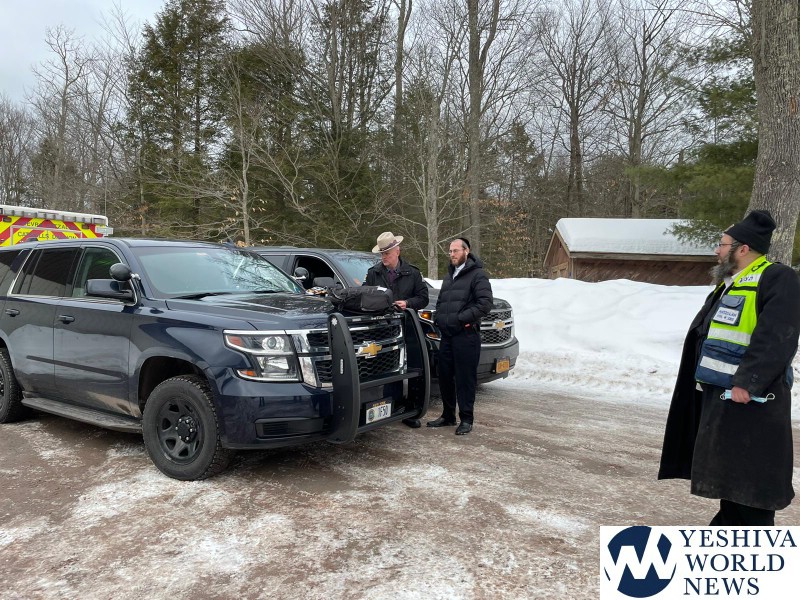 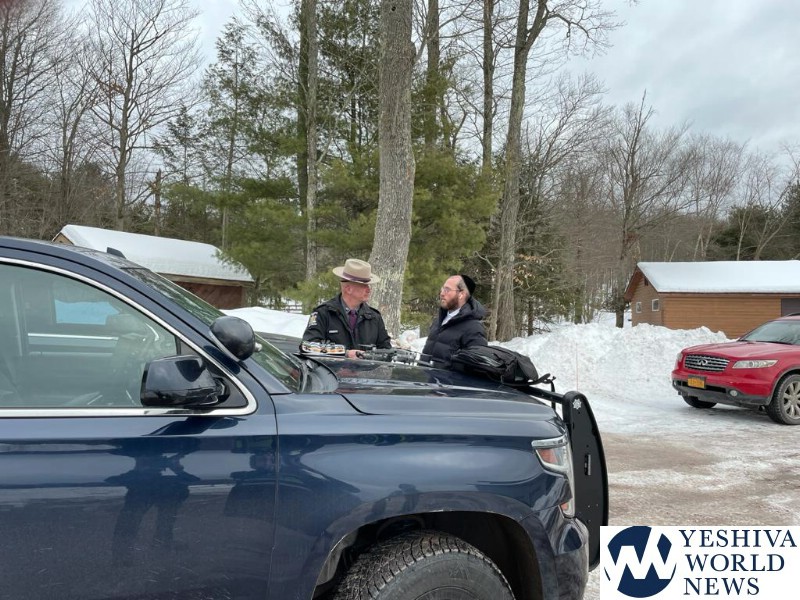